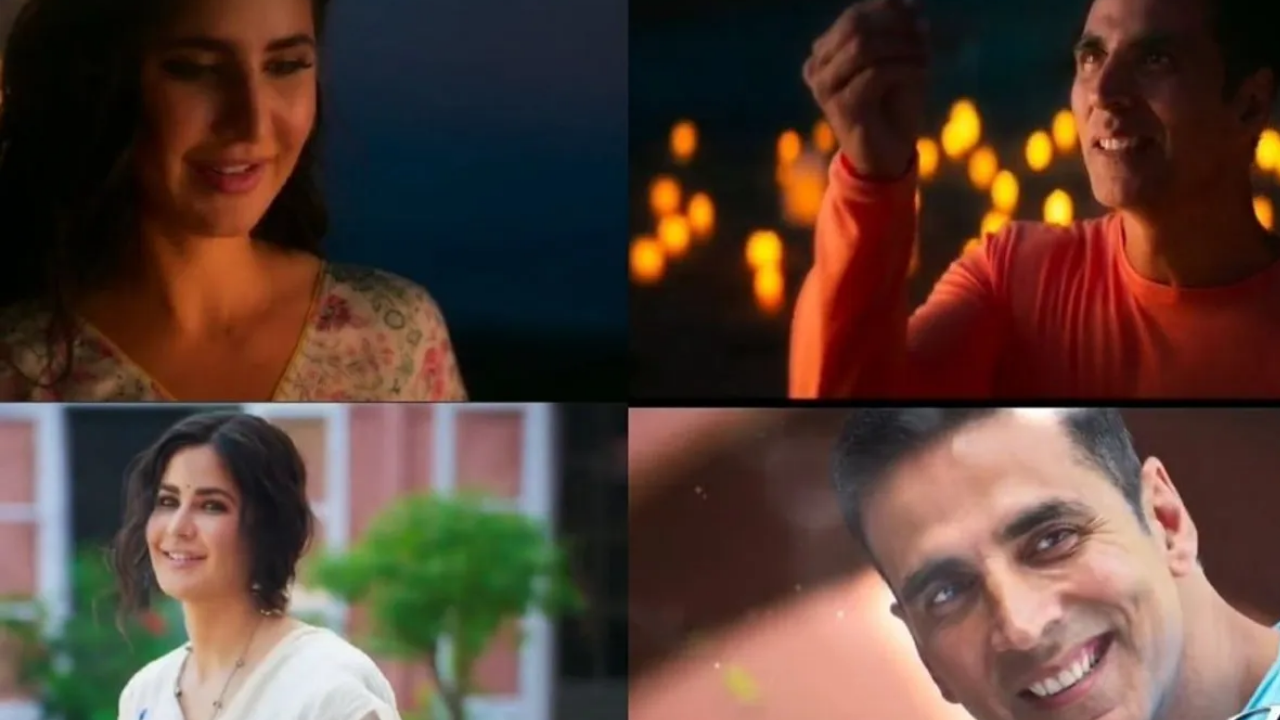 Sooryavanshi Mere Yaara teaser: One of the much awaited biggie in 2021 is Sooryavanshi which is soon going to makes it’s grand theatrical appearance this Diwali. After a very long wait, audience are finally going to witness their favorite superstar's movie rolling out in the cinema halls. Reportedly, Sooryavanshi is a 4th movie of Rohit Shetty from the cop universe. It is a mega starrer and high on budget project which features 3 bollywood superstars including Akshay Kumar, Ranveer Singh and Ajay Devgan. The film’s new track ‘Mere Yaara’ teaser has been released ahead of it’s premiere.

Mere yaara is a beautiful yet romantic track from the upcoming mega starred Sooryavanshi. The teaser features the film’s lead actor Akshay Kumar and Katrina Kaiff going all cozy with a mesmerising backdrop. The full song will be released tomorrow. Meanwhile, Akshay Kumar took to his official Instagram handle to share the glimpse of the song among his fans and wrote alongside “When her one smile makes you smile…let’s cherish the romance with #MereYaaraa, song out tomorrow. Come #BackToCinemas with #Sooryavanshi on 5th November. @katrinakaif @arijitsingh @neetimohan18

The track is covered in two of the most beautiful voices of the industry, singer Niti Mohan and the famous Arijit Singh. Katrina also shared the same on her Instagram account and captioned it by saying “#merayaara SONG OUT TOMORROW 💃❤️❤️❤️ with the beautiful voices of @arijitsingh @neetimohan18

The film helmed by Rohit Shetty will hit the theaters on 5th November 2021. The actors have urged their fans to visit the cinema halls and make the film a huge success. For the unversed film was initially scheduled to release way before in March 2020 however the waves of coronavirus pandemic hindered it’s release and thereby the makers halted as they didn’t want it to get an OTT release.
Malaika Arora & Arjun Kapoor to get married by the end of the year?; deets inside
यह भी पढ़ें