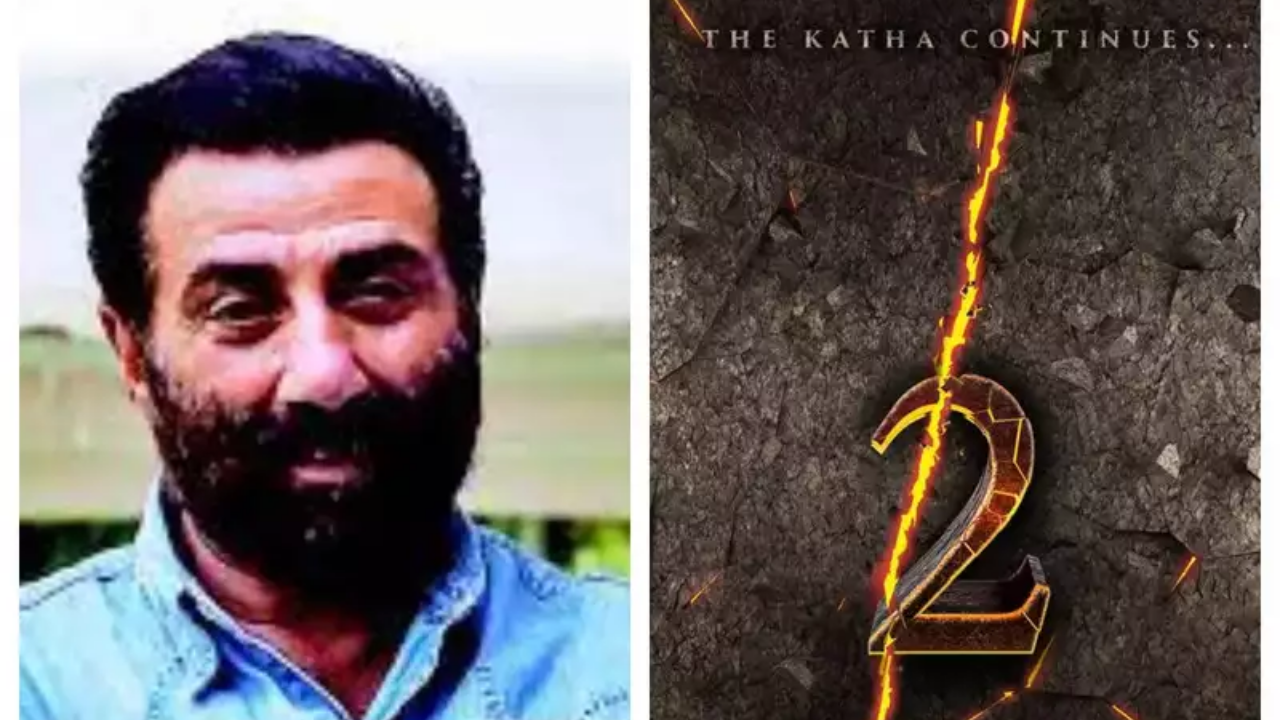 Gadar 2: The Indian film industry has undoubtedly given many blockbusters some did commercially well while some got public popularity but, there were also some films which left such an impact behind that till the date the storyline and the exceptional acting skills are being praised. In such films list, one film is ‘Gadar’. If you remember the 2001 film starring Sunny Deol and Amisha Patel, ‘Gadar- Ek prem katha’ was a revolutionary film which was based on a love story during the partition of India. Since many days the news concerning the remake of the film is making rounds on the internet however the actors and directors didn’t spill a word out but, now it seems like the movie is just a step behind before its official declaration.

While the speculations and rumors of Gadar’s sequel was on rife, actor Sunny Deol decided to give a hint to their fans before announcing the actual news. In case you are wondering how can we say that before the announcement then take a look at the poster shared by Sunny Deol which is captioned as ‘Announcing something very social and close to my heart… watch this space tomorrow’.

Announcing Something very special and close to my heart tomorrow at 11 am.


The poster reveals no. 2 indicating that the upcoming project is the second part of any film. While in another poster Sunny captioned it by saying ‘And the Katha continues’ it should be kept in mind that the original film was also title as ‘Gadar- ek prem Katha’ which means the story will be witnessing a time-lapse as according to the previous report film genius actor Utkarsh Sharma who was only 6 at the time of Gadar is now a grown man and will be casted in the film as AMisha Patel’s and Sunny Deol’s son.