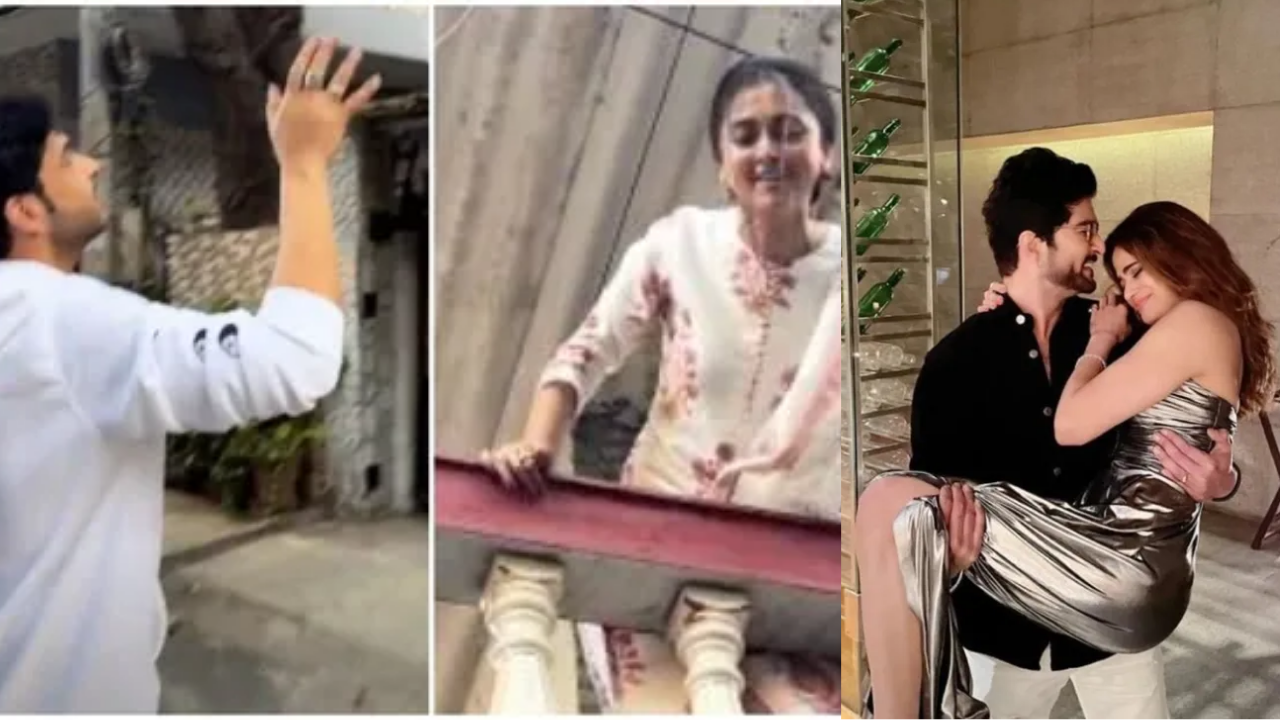 Bigg Boss 15 fame Tejasswi Prakash, karan Kundrra, Shamita Shetty and Raqesh Bapat are all over the internet , but this time not because of some sort of ugly verbal spats or insecurity issues, but for giving a befitting reply to all those who thought their relationship would never work and was just for the show’s popularity shake. Well, the couples were spotted outside the house spending some quality times, where at one side Tejran are busy recreating their classic 90’s love story, other side Shara are going to bold on Shamita’s birthday celebration.

Tejasswi  greets Karan from the balcony

After Tejasswi Prakash marked the win in Bigg Boss 15, Karan Kundrra being a sincere boyfriend drove all the way to her house where her ladylove greeted him from the balcony, the moment became even more sweet when Karan’s background music went ‘Ajib Dasstan hai ye’ as the duo spoke for mins.


Taking to his Instagram stories, Karan uploaded few clips in which he was seen driving his car while saying ‘Whatsup people, How's everything? I've finally come out of my cocoon and guess where I'm headed’. In the second clip he was outside Tejas’s house, the actress greeted him from the balcony as she wore a white and red beige suit and tied her hair back in braid. Their voice wasn’t audible, so Karan used the song ‘ajib daastan hai ye’ in the background.

The other couple of Bigg boss 15 who have caused quite a buzz on internet is non-other than Shamita Shetty and Raqesh Bapat whose sincerity in relationship won millions of heart. The couple were recently spotted in all celebratory mood and the occasion was Shamita’s birthday.  Raqesh stunned everyone with a beautiful image where he was holding her in his arms and captioned it "Happy Birthday love @shamitashetty official" with a red heart emoticon as her friends and fans began to pour their well-wishes for the actress.