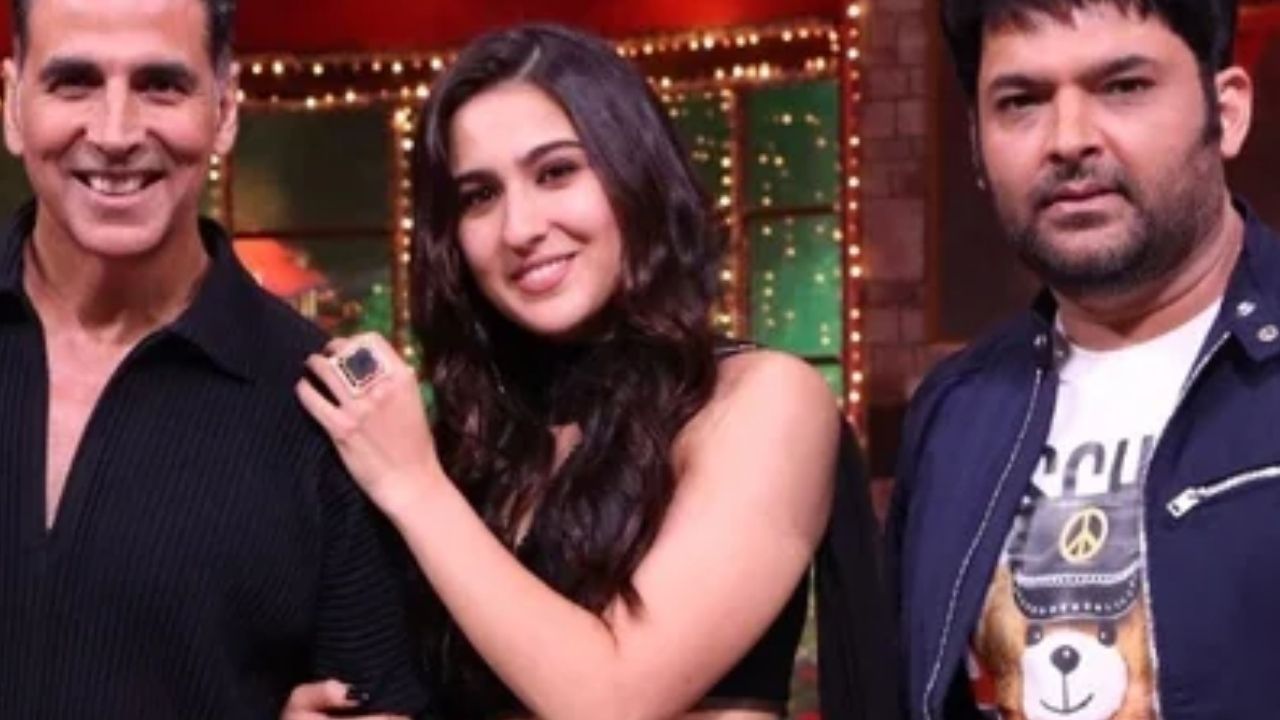 The Kapil Sharma Show: The new promo of Kapil Sharma show dropped by Sony Entertainment television gave us a glimpse of Akshay Kumar taking over the show with his hilarious witty jokes and sassy dance moves along with his co-star Sara Ali Khan. The duo were present to promote their new Anand L. Rai’s Atrangi re. The film also features south superstar Dhanush. Recently, the channel dropped a string of promos which left the audience go ROFL over Akshay’s witty jokes and great sense of humor. Not only he cracked jokes on Krushna Abhishek but, also took a dig on Vicky-Kat’s hush-hush wedding and Taimur’s future films.

The teaser began with Akshay doing some magic tricks with the set members and then reappears with Kapil where the host asks him about his film chronology. Kapil pulled a prank on Akshay teasing him for working with Sharmila Tagoe, her son Saif Ali Khan, his daughter Sara Ali Khan and continues saying ‘We have heard one more thing that you already have a script in which you're along with Taimur and his love triangle film…’to which khildai Kumar jokingly replied ‘yes I want to work with Taimur’s kid as well’ and the audience bust out laughing.

Things didn’t end there as the show progresses, comedian Kiku Sharda made a joke on Katrina-Vicky secret weddings and said ‘I recently attended a grand marriage in Rajastha but, I wan’t able to see the marriage since the didn’t allow me too. "Wahaan Kit-Kat khaya hoga aapne (You must have eaten Kit-Kat there)," Akshay replied, referring to Katrina's nickname.