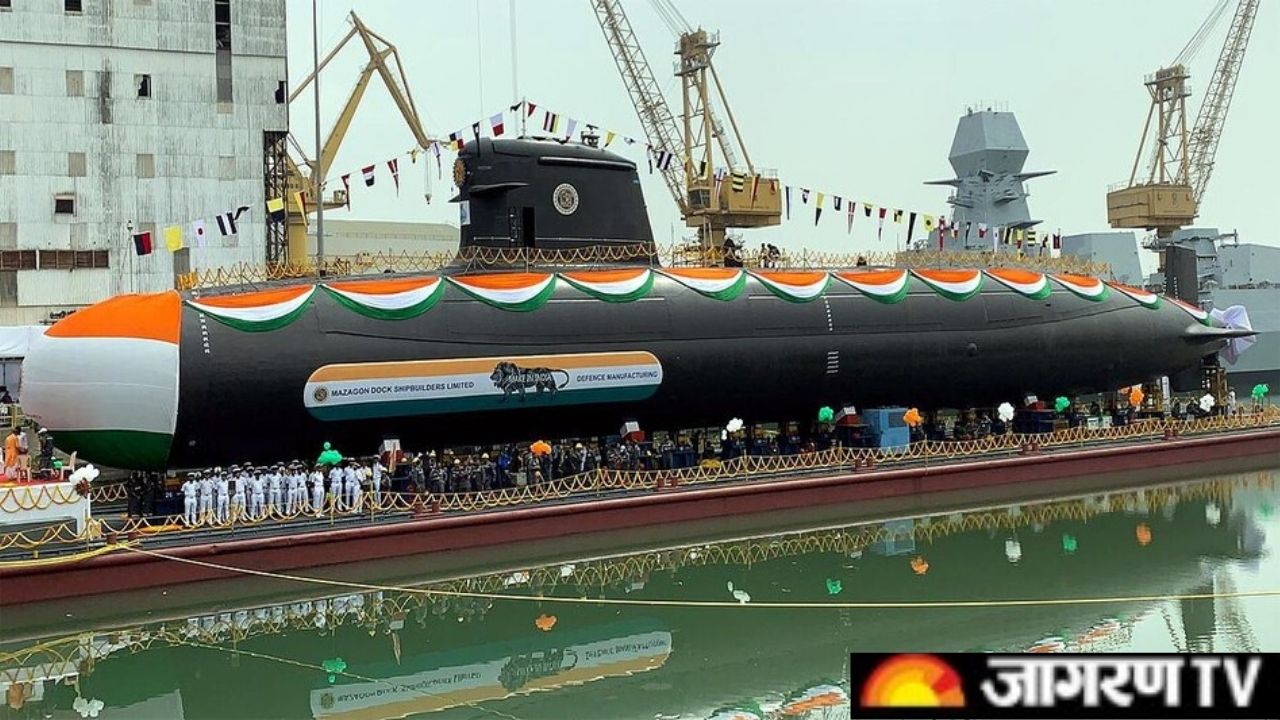 To protect the maritime frontiers, today i.e. on 20 April 2022, the Scorpene i.e. The Calvary class submarine INS Vagsheer was launched. The launch was done under Project-75 from Mazagon Docks in Mumbai. It is a diesel-electric submarine. Equipped with very modern navigation and tracking systems. Along with this, many types of weapons have also been included in it.

Its length is 221 feet and height is 40 feet. According to the information, this submarine can reach a top speed of 20 knots (37 km/h) under sea and 11 knots (20 km/h) on the surface. It can go up to a depth of 350 feet and can stay in water for up to 50 days. According to reports, INS Vagshir can carry 18 torpedoes and can lay about 30 mines simultaneously.

Project was started in 1997

According to the report, the project was envisaged in April 1997. In the initially 30-year plan, India was to build 24 submarines including 18 conventional and six nuclear-powered. In 2005, India and France signed a $3.75 billion contract to build six Scorpene-class submarines. The project was to be executed by Mazagon Dock Shipbuilders for India and DCNS (now called Naval Group) for France.

It will have to undergo trials before being commissioned into the Navy. INS Vagshir is expected to join the Navy Fleet in March 2024. Due to its stealth technology, it can easily dodge the enemy's sonar. INS Vagshir is considered to be one of the most modern conventional submarines in the world. The Scorpene Submarine can perform anti-surface warfare, anti-submarine warfare, intelligence gathering, mine laying and area surveillance. More than 40% of it has been built under the Atma Nirbhar Bharat Project at Mazagon Dock in Mumbai.

INS Vagsheer, the last of the Scorpene-class submarines of Project-75, launched in Mumbai

Defence Secretary Ajay Kumar was present at the launch of the submarine. pic.twitter.com/pzTKLEm3ez

INS Vagsheer, the 6th Scorpene Submarine of P-75, launched today in Mumbai by the #MDL pic.twitter.com/OkVC1AaJW6