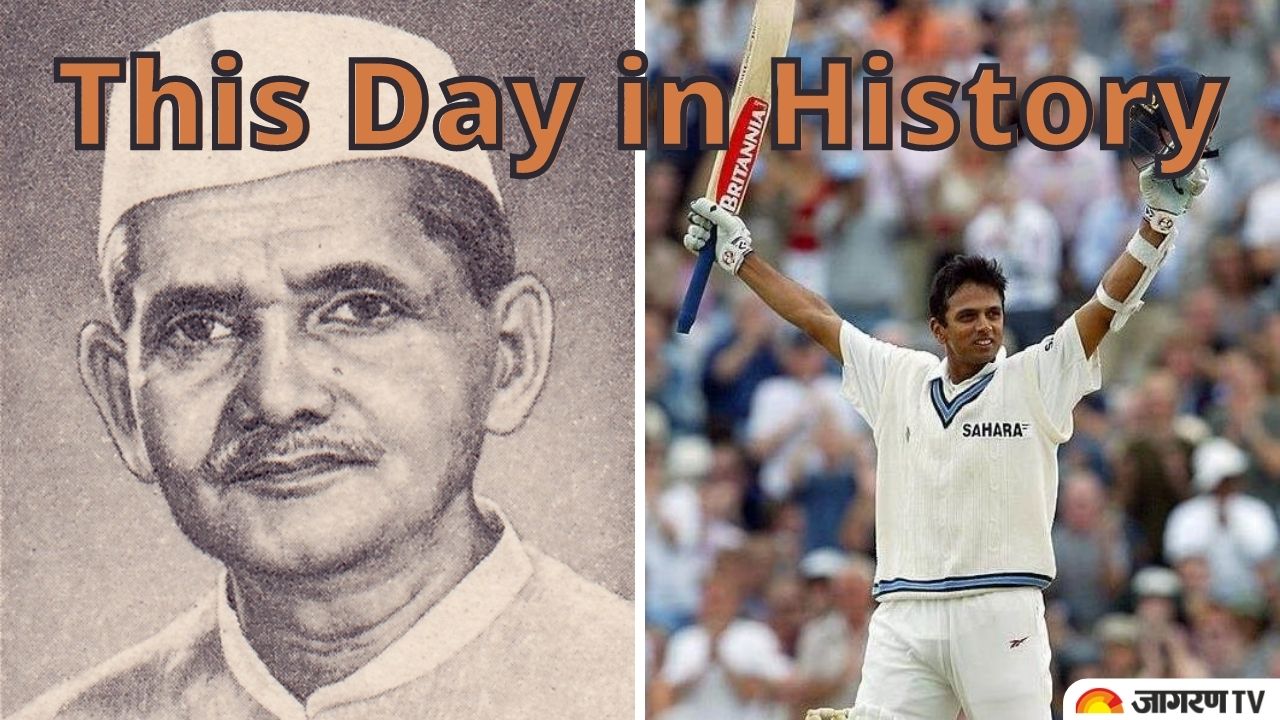 This Day in History: According to the Gregorian calendar, January 11 is the 11th day of the year and the 11th day in a leap year.


On this day let’s see some important events and anniversaries. We have compiled a list of some monumental events that happened all around the world on 11 January as well as birthdays of famous people.

Born in 1954 in Madhya Pradesh, Kailash Satyarthi is an Indian social reformer who campaigned against child labour in India. He advocated the universal right to education. Satyarthi is a recipient of the Nobel Peace Prize, along with Malala Yousafzai, "for their struggle against the suppression of children and young people and for the right of all children to education."

Spent an extremely joyful & re-energizing day with the children of our Banjara school after almost 2yrs. It's amazing to meet these kids-the 1st generation of learners! Most inspiring was to listen to their dreams. @BalAshramJaipur runs 11schools for children of nomadic community pic.twitter.com/aJ1N4IUzyL

Rahul Dravid is a former Indian international cricketer. He is one of the seven batsmen to have scored more than 10,000 runs in both the principal forms of international cricket – Tests and ODIs. The other six are Sachin Tendulkar, Ricky Ponting, Jacques Kallis, Brian Lara, Mahela Jayawardene and Kumar Sangakkara. Currently, he is the captain of the Indian national team and serving as its head coach. Before this, he was the Head of Cricket at the National Cricket Academy (NCA), and the head coach of the India Under-19 and India A teams.

Born in 1955 in Mumbai, Asha Khadilkar is a Senior Vocalist from India who performs Indian classical, semi-classical and devotional music including Natya Sangeet. She is a regular singer on All India Radio.

On January 11the death anniversary of Lal Bahadur Shastri is observed. He was one of the greatest Indian statesmen and the second prime minister of India. Lal Bahadur Shastri took over as India’s 2nd prime minister after the demise of Jawaharlal Nehru in May 1964. Shastri was elected to the legislature from the United Provinces. Along with it, he held Uttar Pradesh and neighbouring states, important cabinet positions of transport and the Ministry of Home Affairs.

This day in 1966, the Tashkent accord was signed. Hours later, Prime Minister #LalBahadurShastri was dead.

His body, bloated and bearing cut marks, was brought to Delhi. His family’s demand for a postmortem was turned down.#CongressMuktBharat pic.twitter.com/ot8WmoN2aB

In 1779, Ching-Thang Khomba was crowned King of Manipur. He was a Meitei monarch of the 18th century CE. Khomba is accredited with the invention of Ras Lila dance. He spread and developed Vaishnavism in Manipur State.

The king built the Shree Shree Govindajee Temple in 1776. He would go on to have a dream where the dress of the dance visualized to him. pic.twitter.com/dZ0AGaTHK9

Sir Edmund Hillary was a mountain climber and explorer from New Zealand. Along with the Tibetan mountaineer Tenzing Norgay, he became the first to reach Mount Everest. He died at the age of 88.

It is not the mountain we conquer but ourselves. - Edmund Hillary pic.twitter.com/Qw69PjhmE2

In 1921, Insulin was discovered by Sir Frederick G Banting, Charles H Best and JJR Macleod at the University of Toronto.  Later on, it was subsequently purified by James B Collip. On January 23, 1922, 14-year-old Leonard Thompson became the first person to be administered insulin injection as treatment for diabetes.

Alexander Hamilton was a politician, philosopher, economist and First US Secretary of the Treasury. He was one of the Founding Fathers of the United States. He was born in 1755 or 1757 in Charlestown, Nevis, British Leeward Islands.

Alexander Hamilton referred to pure democracy as a form of tyranny. Read a book. https://t.co/bPjhiHQhMy pic.twitter.com/5EOrxpcsE4


Above are the 10 most important events that happened in the history of India and the whole world. It includes major birthdays, death anniversaries, fun facts and important historical events that occurred in India as well as globally.
Kaun Banega crorepati 2022 start date, time, where & how to watch, new rules, prize money & more
यह भी पढ़ें