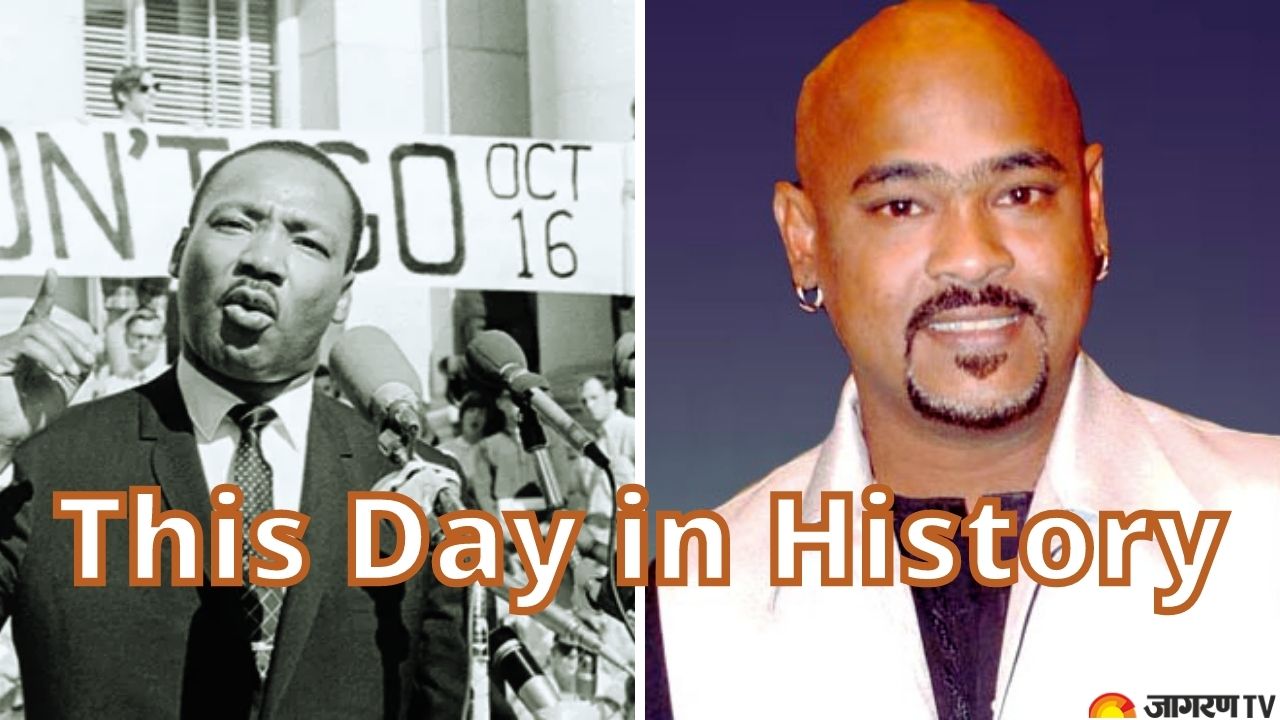 This Day in History: According to the Gregorian calendar, January 18 is the 18th day of the year and the 18th day in a leap year.

On this day let’s see some important events and anniversaries. We have compiled a list of some monumental events that happened all around the world on 18 January as well as birthdays of famous people.

Born in 1972, Vinod Kambli s a former Indian cricketer. He played for India as a left-handed middle-order batsman. Also, he presented Mumbai and Boland, South Africa. Kambli became the first cricketer in the history of cricket to score a century in a One-day International on the occasion of his birthday.

Jung is a retired Indian Administrative Service officer who served as the 20th Lieutenant Governor of Delhi from July 2013 to December 2016. He also served as the 13th Vice-Chancellor of the Jamia Millia Islamia University from 2009 to 2013.

Also, popularly referred to as Justice Ranade, he was an Indian scholar, social reformer, author and judge. Ranade was one of the founding members of the Indian National Congress(INC) party and owned several positions as a member of the Bombay legislative council, member of the finance committee at the centre, and judge of the Bombay High Court, Maharashtra.

⚪He was a social activist who raised his voice against the evil practices of the society.

Balachander was an Indian Veena player and filmmaker. He directed, produced, and also composed music for his films. Balachander was awarded the highest civilian award Padma Bhushan in 1982.

Today, we honour Sundaram Balachander, a phenomenal veena player, filmmaker and musician, he was honoured with a Padma Bhushan for his contributions to the music industry. pic.twitter.com/FRcj6eqlyz

Rudyard Kipling is one of the well-known late Victorian poets and storytellers. He was awarded the Nobel Prize for literature in 1907. He was a short story writer, poet and novelist. He is best known for his book “The Jungle Book”, The Man Who Would Be King" and many more.


Manto was a writer, playwright and author born in Ludhiana active in British India. He is known for writing about the tragedy of partition and the colonial rule of the British in India. His stories and narratives are realistic portrayals of society. Some of his notable works are Toba Tek Singh, Thanda Gosht, Bu, Khol Do, Kaali Shalwar, Hattak etc.

Saadat Hasan Manto was often accused of obscenity in his writing. His sharp response to his critics was, pic.twitter.com/XfhItPs5iu

Harivansh Rai Bachchan was an Indian poet and writer of the Nayi Kavita literary movement (romantic upsurge) of early 20th century Hindi literature. He was also a poet of the Hindi Kavi Sammelan. best known works of his are Madhushala. He is also the husband of social activist, Teji Bachchan, father of actor Amitabh Bachchan and Ajitabh Bachchan, and grandfather of actor Abhishek Bachchan. In 1976, he received the Padma Bhushan for his service to Hindi literature.


K.L Saigal was an Indian singer and actor who is considered the first superstar of the Hindi film industry. Mohabbat Ke Ansu was his debut movie. Some of his famous songs are “Babul Mora”, “Do Naina Matware”, “Duniya Mein Hoon”, “Ek Bangla Bane Nyara”, “Jab Dil Hi Toot Gaya” and more.

Major events on this day

Martin Luther King, Jr., Day, is observed in the United States as a holiday (third Monday in January) honouring the achievements of Martin Luther King, Jr. He was a Baptist minister who advocated the use of nonviolent means to end racial segregation, in 1955 he first came to national prominence during a bus boycott by African Americans in Montgomery, Alabama.