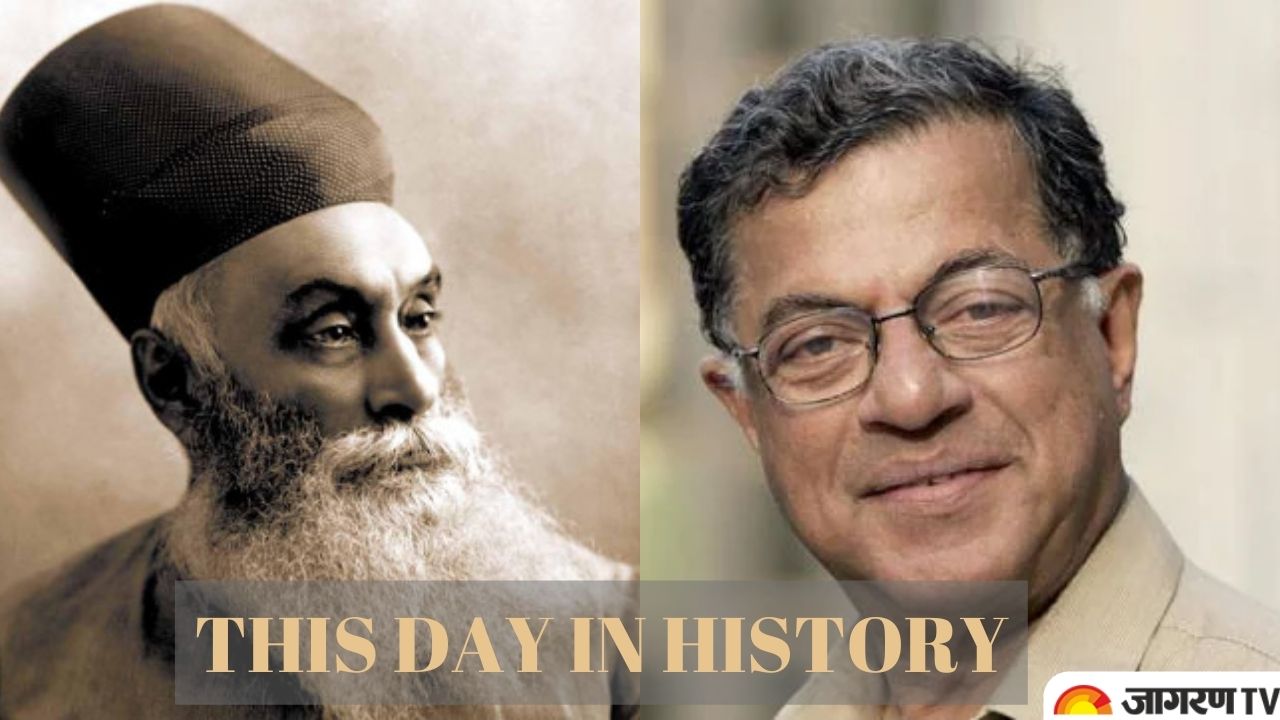 This Day in History: According to the Gregorian calendar, May 19 is the 149th day of the year and the 150th day of a leap year.

On this day let’s see some important events and anniversaries. We have compiled a list of some monumental events that happened all around the world on May 19 as well as the birthdays of famous people.

10 Major Events Happened on this Day

Nana Saheb was an Indian Peshwa of the Maratha empire. He led the rebellion in Kanpur (Cawnpore) during the Great Revolt of 1857. He forced the British garrison in Kanpur to surrender, and then murdered the survivors, gaining control of Kanpur for a few days.

Nana Saheb Peshwa II, regarded as one of the imp leaders of the 1857 revolt, disappeared soon after his defeat at the hands of the British.
History is still unclear about his fate, with questions also remaining about what happened to his fabled treasure that today would be worth* pic.twitter.com/4t1K3p43Lv

Nathuram Vinayak Godse is known for assassinating Mahatma Gandhi.Godse was a member of the political party, the Hindu Mahasabha, also a former member of the Rashtriya Swayamsevak Sangh (RSS).

Harmonizing Nathuram Godse: Why India should move beyond denouncing him, a man who altered the course of not only the politics of the country but the very history of the Hindu Civilisation and, by extension, the world at largehttps://t.co/yD08ad5MZ2

Neelam Sanjiva Reddy was an Indian politician who served as the sixth president of India. He served from 1977 to 1982. He went on to hold several key offices in independent India—as the first Chief Minister of Andhra Pradesh, a two-time Speaker of the Lok Sabha and a Union.

Girish Karnad was born on 19 May 1938  and left the world on 10 June 2019. He was an exceptional  Indian actor, film director, Kannada writer, playwright and a Rhodes Scholar. He has predominantly worked and contributed to South Indian cinema as well as Bollywood. His rise as a playwright in the 1960s, marked the coming of age of modern Indian playwriting in Kannada, just as Badal Sarkar did in Bengali, Vijay Tendulkar in Marathi, and Mohan Rakesh in Hindi. Karnad was a recipient of the 1998 Jnanpith Award, the highest literary honour conferred in India.

Hồ Chí Minh  commonly known as Bác Hồ was a Vietnamese revolutionary and statesman. He served as Prime Minister of Democratic Republic of Vietnam from 1945 to 1955 and President from 1945 until his death in 1969. Ideologically a Marxist–Leninist, he served as Chairman and First Secretary of the Workers' Party of Vietnam.

May 19th. What a day. Happy birthday to these icons:

May their spirits continue to guide revolutionary action across the globe pic.twitter.com/LJYLjJw6dJ

Jamsetji Tata was an Indian pioneer industrialist and the founder of the Tata Group. Jamshedji Tata is regarded as the legendary "Father of Indian Industry".  He was so influential in the world of industry that Jawaharlal Nehru referred to Tata as a One-Man Planning Commission.

n the year 1954, the Government of India constituted a national film board and also took the decision that a film production bureau, as well as a film institute, will be established.

In the year 1926, American inventor Thomas Alva Edison for the first time spoke on a radio.

In the year 1995, Balamurali Ambati, the Indian American child prodigy entered his name in the Guinness Book of World Records as the youngest doctor in the world at the age of 17.

#AAPIHM Balamurali Ambati is an Indian-American who holds the world record in 1995 for being the world's youngest doctor at the age of 17 and 294 days. He is an ophthalmologist who still practices today on the west coast. pic.twitter.com/bYtchwtHYi

Above are the 10 important events that happened in the history of India and the whole world. It includes major birthdays, death anniversaries, fun facts and important historical events that occurred in India as well as globally.