Today in History 22 September: From Guru Nanak's Death Anniversary to Ending of the Indo-Pakistan War, list of Important events today 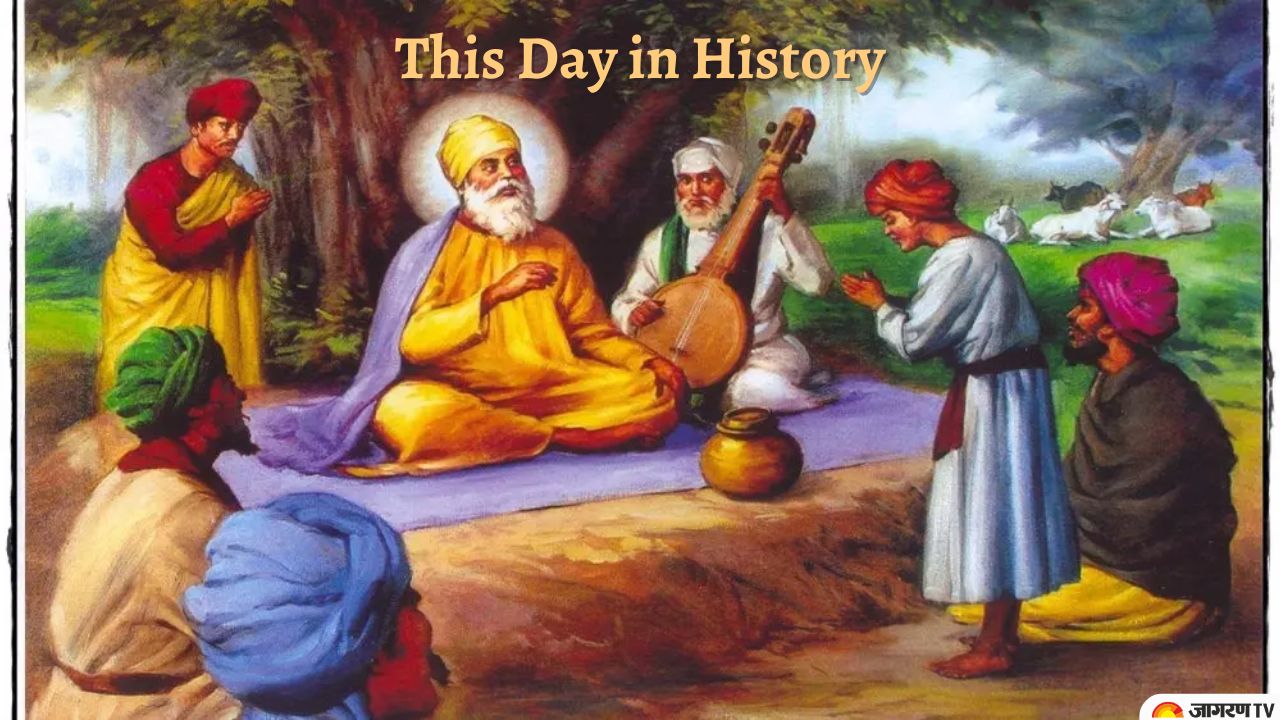 This Day in History: According to the Gregorian calendar, 22 September is the 265th day of the year and the 266th day of a leap year.

On this day let’s see some important events and anniversaries. We have compiled a list of some monumental events that happened worldwide on 22 September as well as the birthdays of famous people.

Happy birthday to Michael Faraday, who was born #onthisday in 1791. He is credited with the discovery of electromagnetic induction, and established the annual @Ri_Science Christmas Lectures. pic.twitter.com/7k4pE7Enw3

On this day in 1539, Guru Nanak Dev who was the founder of Sikhism and is the first of the ten Sikh Gurus passed away. His teachings are enshrined in the holy Guru Granth Sahib. It is stated that Nanak travelled extensively throughout Asia spreading the message of Ik Onkar (, "one God"), who resides in each and every one of his creations and is the eternal Truth. He would create a distinctive spiritual, social, and political platform founded on fairness, brotherly love, goodness, and virtue with this idea.

"I am not the born; how can there be either birth or death for me": Guru Nanak Dev ji

My tributes to the revered Guru on his death anniversary.

His profound spiritual teachings absolve all differences of class, community and religion.

On this day in 1888, The first issue of National Geographic Magazine was published, and it became famous for its richly illustrated articles on the various geographic regions of the world. In 1905, it began including pictures, a style for which it became well-known. Its first colour photos appeared in the 1910s.

On this day in 1965, India and Pakistan cease-fire goes into effect, ending the Indo-Pakistani War. The Second Kashmir War, also known as the Indo-Pakistani War of 1965, was the result of clashes between Pakistan and India between April 1965 and September 1965. Operation Gibraltar, a Pakistani operation intended to infiltrate troops into Jammu and Kashmir and spark an uprising against Indian sovereignty, was the direct cause of the conflict and brought it to a head.

The Indo-Pakistan war of 1965 saw the second largest tank battle that the world had ever witnessed since the Battle of Kursk during the Second Great War and... pic.twitter.com/0KWAQ1X0GI

ON THIS DAY - They'll be there for you.

The TV sitcom "Friends", made its debut on NBC on this day in 1994. Created by David Crane and Marta Kauffman, the show received acclaim throughout its run, and becoming one of the most popular TV shows of all time. pic.twitter.com/VWl4W2isbF

On this day in 1980, A border conflict between Iran and Iraq developed into a full-scale war.

The Iran-Iraq War is one of the deadliest military conflicts in the Middle East.

The 8-year-long conflict saw the use of chemical weapons and killed thousands of people.