Today in History May 23: From First Indian Woman to Climb Mt Everest to World Turtle Day, list of most important events happened today 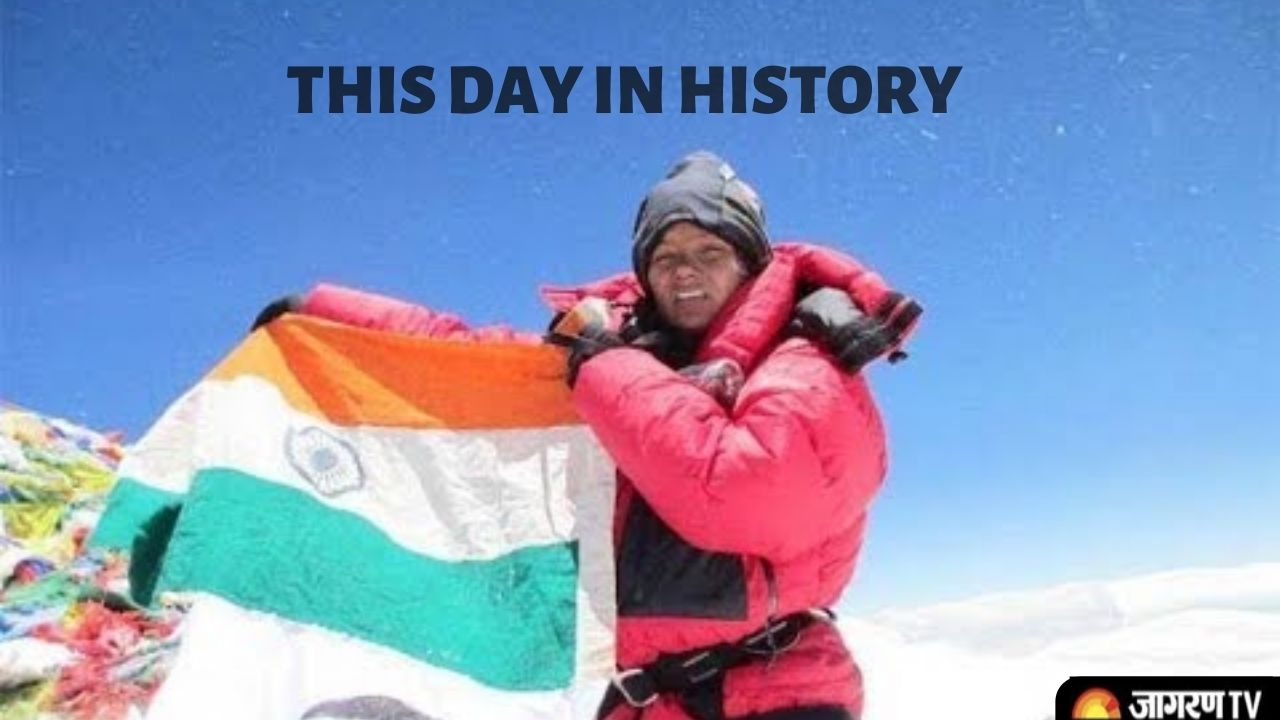 This Day in History: According to the Gregorian calendar, May 23 is the 153rd day of the year and the 154th day of a leap year.

On this day let’s see some important events and anniversaries. We have compiled a list of some monumental events that happened all around the world on May 23 as well as the birthdays of famous people.

Born on this day in 1923, Palden Thondup Namgyal was the 12th and last Chogyal of the Kingdom of Sikkim.

Sharing a photo of the great Choegyal of #Sikkim Tashi Namgyal with HH the @DalaiLama and HH the 10th Panchen Lama at the 2500th Buddha Jayanti celebration in New Delhi in 1956 on the occasion of the birth Centennial celebration of his son Choegyal Palden Thondup Namgyal. pic.twitter.com/DbP5IS4bpl

On this day in 1984, Bachendri Pal became the first Indian woman to conquer Mount Everest.

President Kovind presents Padma Bhushan to Ms Bachendri Pal for Sports. The first Indian woman to climb Mount Everest, she is widely recognised for her pioneering role in mountaineering and adventure sports, especially for women pic.twitter.com/mSCV9xRWex

World Turtle Day is observed on this day every year to bring attention to, and increase knowledge of conservation and protection of turtles and tortoises.

#WildTurtleWeek is next week! A collaborative effort between @PARCorg and the Association of Fish and Wildlife Agencies and the @USFWS to shell-e-brate all things turtle beginning on World Turtle Day, May 23. https://t.co/V5ap7e4IWl pic.twitter.com/No4p8U6tQb

In the year 1995, the computer programming language Java was formally launched by Sun.

This day...(Hi)story | May 23, 1995, Sun launched the release of the 1st version of computer programming language Java. #GoodMorningWorld pic.twitter.com/87h6jqB0rl

China formally annexed Tibet as an autonomous region on this day in 1951. It gave rise to a Tibetan independence movement—led by the Dalai Lama.

Today on 23rd May in 1951 #Tibet was formally annexed by China as an autonomous region.https://t.co/mG5KUdWdBF#TodayInHistory pic.twitter.com/WFLQ1LKOuw

Since it annexed Tibet in 1951, China's brutal, systematic repression there has included cultural genocide. By censoring news on the huge fire that yesterday engulfed the Tibetans' holiest shrine, Lhasa's Jokhang Temple, China is only fanning fears about the extent of the damage pic.twitter.com/cXwUa4zgSY

On this day in 1915, Italy declared war on Austria-Hungary, entering World War I on the side of the Allies.

The Thirty Years War (1618-1648) ravaged Germany. It began when three opponents of the Reformation were thrown through a window. The “official" Defenestration of Prague was the “official" trigger for the Thirty Year’s War. Local Protestants became enraged when Catholic King Ferdinand II reneged on promises of religious freedom and stormed Hradcany Castle and threw 3 Catholic councillors out of the window and into the moat.

830 years old, #Rudelsburg Castle in Saxony-Anhalt was built in the high middle ages to secure trade routes but was destroyed in the Thirty Years' War. We fly with the #DailyDrone over one of Germany's most beautiful castle ruins. Have a nice Sunday! 🙂 pic.twitter.com/RYQCuW9jGV

On this day in 1785, Benjamin Franklin announces his invention of bifocals.