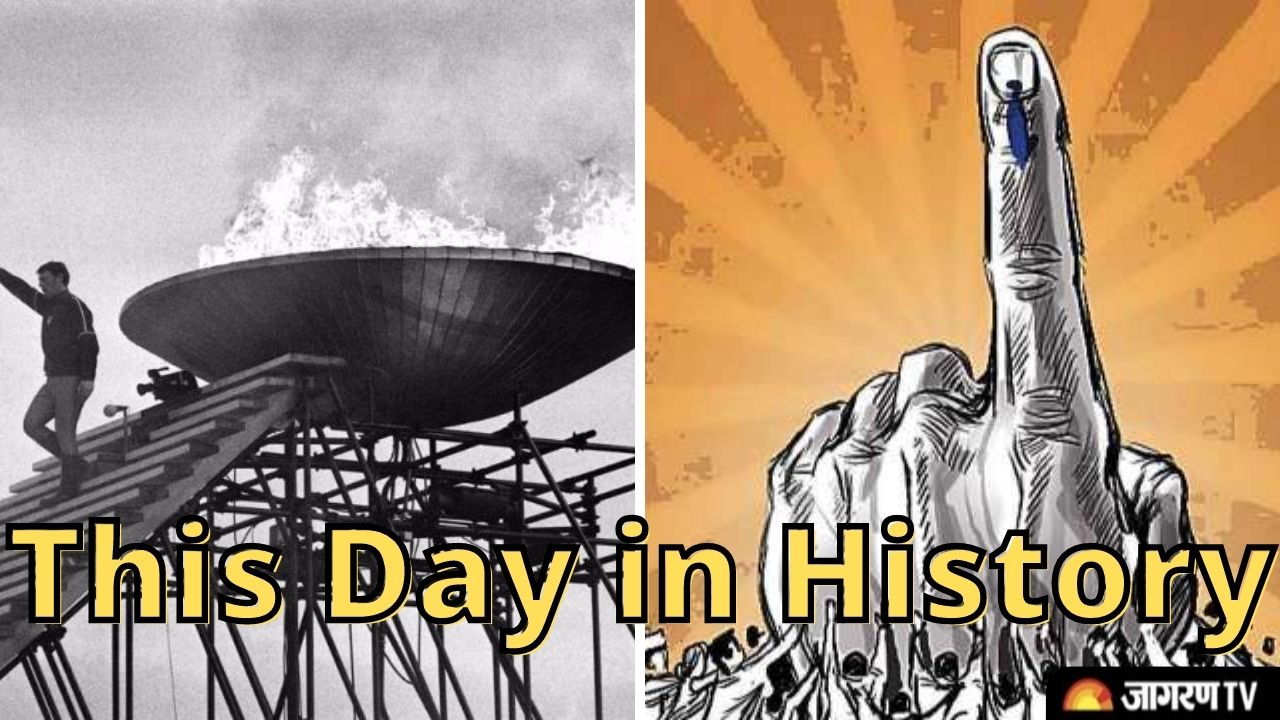 This Day in History: According to the Gregorian calendar, January 25 is the 25th day of the year and the 25th day in a leap year.

On this day let’s see some important events and anniversaries. We have compiled a list of some monumental events that happened all around the world on 25 January as well as birthdays of famous people.

On this day in 1824, Bengali poet and playwright, Michael Madhusudan Dutt was born. Dutt was greatly influenced by the literary works of William Wordsworth and John Milton. He became the face of the Bengal Renaissance.

He is considered an important figure in an era known as the Bengali Renaissance. pic.twitter.com/i2qwTTTH7P

Born in 1958, Kavita Krishnamurthy is an Indian film playback singer who has sung many songs in Hindi, Telugu, Marathi, English, Tamil, Malayalam, Gujarati, Kannada and Urdu.

ICMYI DYK : Cheteshwar Pujara was man of the tournament in ICC U-19 WC 2006. He scored 349 runs throughout the tournament. 😎 pic.twitter.com/fQuwwmnW9C

In 1924 in Chamonix, the first Winter Olympics was held in Chamonix, France.It is officially known as the I Olympic Winter Games.the sports were held at the foot of Mont Blanc in Chamonix, and Haute-Savoie, France between 25 January and 5 February 1924.

Good morning and happy Monday! Today in 1924, the first Winter Olympics began in Chamonix, France at the base of the Mont Blanc.

Norway and Finland dominated the medal count, though the US won a Gold in speed skating and the Silver in hockey (Canada won hockey Gold). pic.twitter.com/weOa4Fx70H

In 1971,  Himachal Pradesh became a full-fledged 18th Indian union state. The State of Himachal Pradesh Act was passed by Parliament and the new state came into being on 25 January 1971. Thus Himachal was the eighteenth state of the Indian Union.


Vinayak Narahari "Vinoba" Bhave was an Indian advocate of nonviolence and human rights. He is best known for the Bhoodan Movement. He is considered a National Teacher of India and the spiritual successor of Mahatma Gandhi. In 1983, he got Bharat Ratna India’s highest award.

This day is celebrated as the National Tourism Day in India. This day has been marked by the government in order to promote tourism in the nation. It is dedicated to educate and inform people about the vital role of tourism in the country and how it plays a crucial role in the Indian economy

Ministry of Tourism, Government of India is organising a Webinar & Quiz event on Toy Stories of India on 25th January 2022 at 4PM IST.
This marks the celebration of National Tourism Day.


25th January is the foundation day of the Election Commission of India (ECI) which came into existence in 1950. This day was first celebrated in 2011 to encourage young voters to take part in the electoral process. No doubt it is the day to celebrate the right to vote and also the democracy of India. Election Commission's main objective is to increase the enrolment of voters, especially the eligible ones.

In 1949, the first Emmy Awards were presented. Initially, there were only six categories, and nominated shows were limited to those that aired in Los Angeles, USA.

The first Emmy Awards are presented at the Hollywood Athletic Club on this day in 1949. pic.twitter.com/sv3wTJqo6i

Virginia Woolf was a British writer, who made an original contribution to the form of the novel and was one of the most-distinguished critics of her time.

Portrait of the writer by her sister, artist Vanessa Bell (c.1912). pic.twitter.com/OHZDqCOLp9