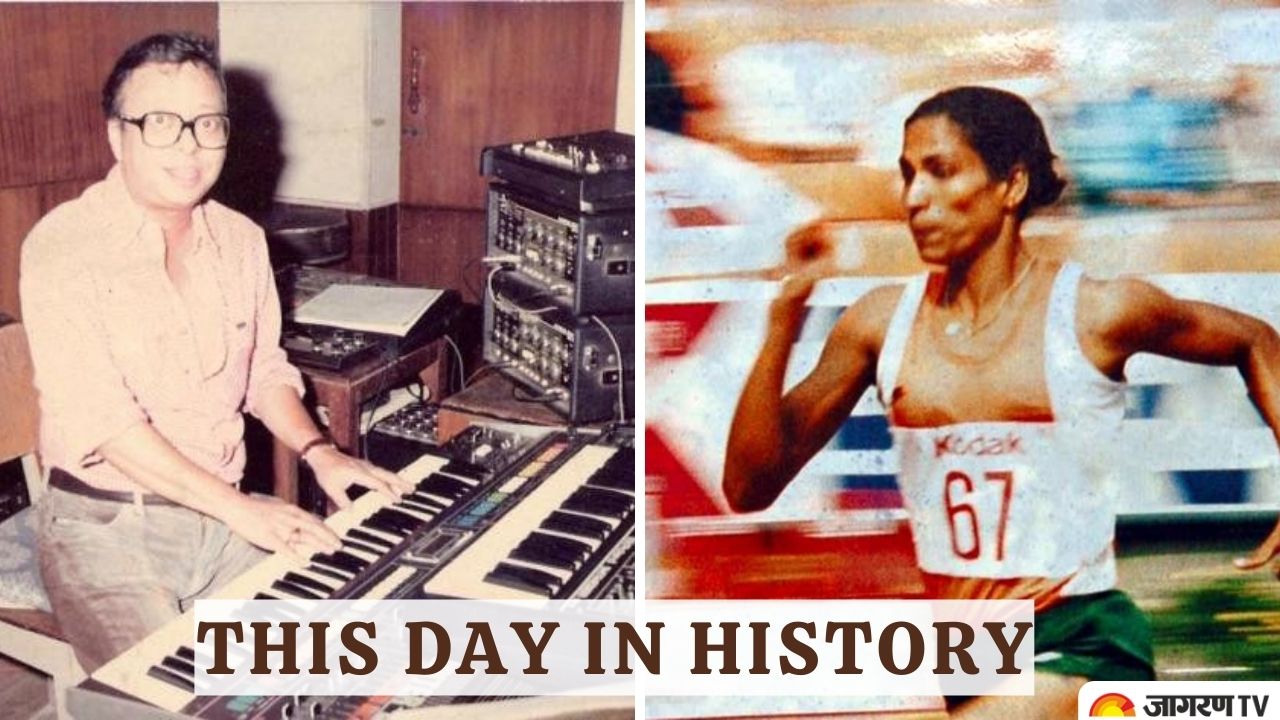 This Day in History: According to the Gregorian calendar, June 27 is the 178th day of the year and the 179th day of a leap year.

On this day let’s see some important events and anniversaries. We have compiled a list of some monumental events that happened all around the world on 27 June as well as the birthdays of famous people.

Born on this day in 1950, Nitin Mukesh is an Indian playback singer known for his work as a playback singer in Hindi films as well as Bhajans. He has made international appearances on stage, including a 1993 tour of the United Statesand a 2006 global tour with his play Kal Ki Yaadein in honour of his father Mukesh. In the 1980s and 1990s, Nitin Mukesh collaborated with eminent composers including Khayyam, R. D. Burman, Laxmikant-Pyarelal, Bappi Lahiri, Rajesh Roshan, Nadeem-Shravan, and Anand-Milind. He provided voices for a number of performers, including Jackie Shroff, Manoj Kumar, Shashi Kapoor, Jeetendra, and others.

One of the biggest moments for any athlete to represent their country at the @Olympics. Proud to have done that for 🇮🇳. Happy #OlympicDay! pic.twitter.com/bVUEVIlVdh

Born on this day in 1939, R. D. Burman was an Indian music director. Burman is regarded as one of the best music composers of the Indian cinema industry. He is also known as the "Music Scientist" and the "King of Bollywood Music." Burman wrote the music for 331 movies between the 1960s and the 1990s. Burman produced many of the tunes that made these vocalists famous, working closely with his wife Asha Bhosle and Kishore Kumar. He also put in a lot of labour, scoring about 331 tunes. He worked primarily as a composer in the Hindi cinema industry, however he occasionally added vocals to his works. He influenced the upcoming generation of Indian music directors, and his songs are still well-liked both domestically and abroad.

No awards for unbelievable soundtracks like Teesri Manzil, Amar Prem, Kati Patang, Namak Haram, Ijaazat, Aandhi & so many more. Yet he remains a legend when so many of the award winners are forgotten.
R D Burman's birthday always reminds me to focus on the job, not the reward! pic.twitter.com/rQLI4krwsn

On this day in 1693, The first women’s magazine “Ladies’ Mercury” was published in London.

The reactor at Obninsk in present-day Russia remained in operation for 48 years. Today, there are some 400 atomic power plants worldwide. The technology remains controversial, especially due to the unsolved long-term storage of the highly dangerous nuclear waste.

Turning Back the Clock to: 1954. The world's first nuclear power plant is activated. The reactor at Obninsk in present-day Russia remained in operation for 48 years. #ThisDayInHistory pic.twitter.com/jaBYzbfJ8S

First minted in 1869, the yen was adopted as Japan's official monetary unit day in 1871 when the government suspended the exchange of clan notes, money issued by feudal lords that had circulated since the 16th century.

June 27, 1871: The New Currency Act established the yen as the official currency of Japan, modeling the European system and modernizing the economy. It was brought about by the Meiji Restoration, in which Tokugawa shoguns were removed to modernize Japan. #TodayInHistory pic.twitter.com/56bXp2WYWH