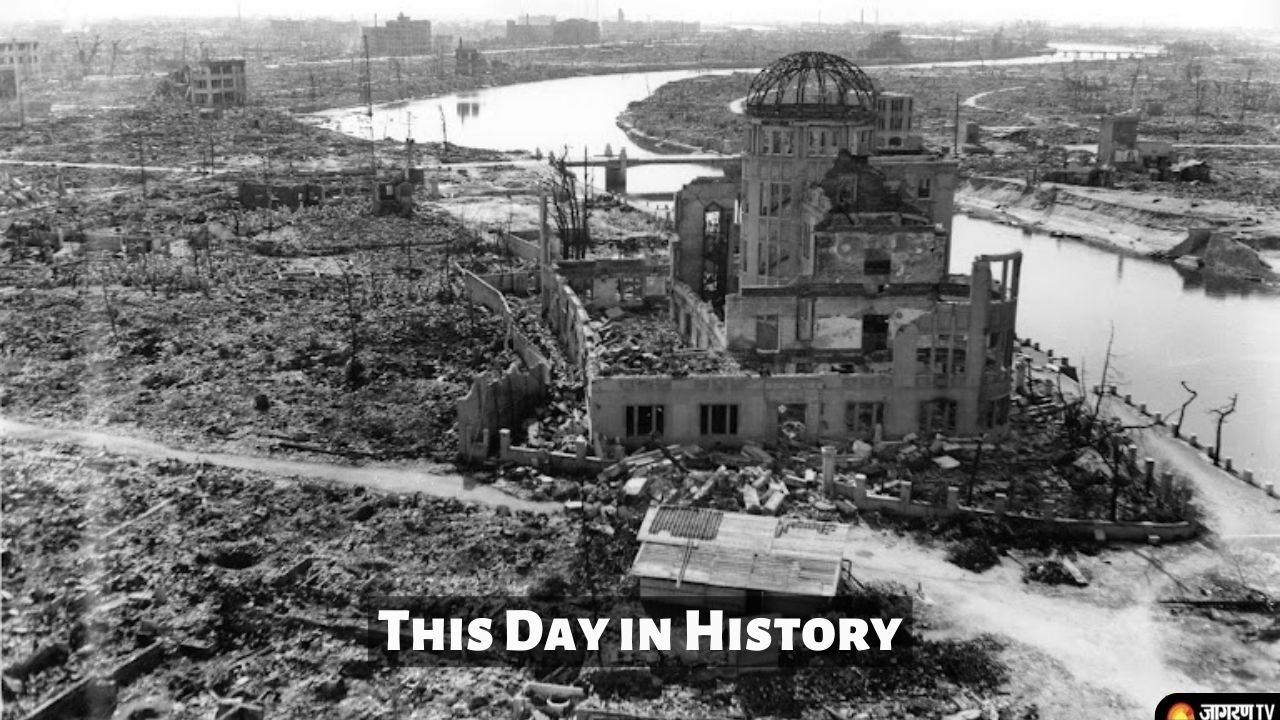 This Day in History: According to the Gregorian calendar, 6 August is the 218th day of the year and the 219th day of a leap year.

On this day let’s see some important events and anniversaries. We have compiled a list of some monumental events that happened all around the world on 6 August as well as the birthdays of famous people.

On this day in 2012, After landing on Mars, NASA's robotic rover Curiosity, also known as the Mars Science Laboratory, started sending back pictures of the planet's surface. Curiosity was launched from Cape Canaveral (CCAFS) on November 26, 2011, at 15:02:00 UTC, and it touched down on August 6, 2012, at 05:17:57 UTC, on Aeolis Palus inside Gale crater on Mars. After travelling 560 million kilometres (350 million miles), the rover's objective for touchdown was less than 2.4 kilometres (1.5 miles) from the Bradbury Landing site.

On August 6 in 1945, the United States dropped two atomic bombs over the Japanese cities of Hiroshima and Nagasaki. The two attacks still stand as the sole instances of nuclear weapons being used in armed combat, killing between 129,000 and 226,000 people, the majority of whom were civilians. By July 1945, the Manhattan Project of the Allies had created two different kinds of atomic bombs: "Fat Man," a nuclear weapon of the plutonium implosion variety, and "Little Boy," a nuclear weapon of the enriched uranium gun variety.

77 years since #Hiroshima was struck by an #AtomicBomb killing thousands. The U.S. is STILL proliferating #NuclearWeapons

August 6th we mark #HiroshimaDay and fight for #Peace and #Disarmament. We say #NoToNukes and call for a #NuclearBan

During the British Raj, an architectural style known as Indo-Saracenic #architecture became popular.

It marries Gothic-Revival elements with traditional classic #Indian styles. One of the most beautiful examples of this is the Madras High Court (inaugurated in 1862). pic.twitter.com/EBBNhBNLVd

On this day in 2019, Sushma Swaraj who was an Indian politician and a Supreme Court lawyer paased away. She was a top BJP politician and the second woman to occupy the position after Indira Gandhi. She was chosen three times to serve in the Legislative Assembly and seven times to serve as a Member of Parliament. She was appointed as the youngest cabinet minister of the Indian state of Haryana in 1977 at the age of 25. She was Delhi's first female Chief Minister during her brief tenure as the city's Fifth Chief Minister in 1998.

My heartfelt tribute to the former External Affairs Minister, Sushma Swaraj Ji, on her death anniversary.
She will always be remembered as a great orator and an exceptional leader who has always been an inspiration for many of us. pic.twitter.com/kAXdSIT4Ln

First Woman to Swim Across the English Channel

On this day in 1926, Olympic swimmer Gertrude Ederle of the United States completed the swim across the English Channel, which separates England and France, in 14 hours and 34 minutes. Prior to Ederle, only 5 men and 1 woman had successfully swum across the channel.

Gertrude Ederle becomes the first woman to swim the English Channel in 1926. pic.twitter.com/xwbR6bI3xn