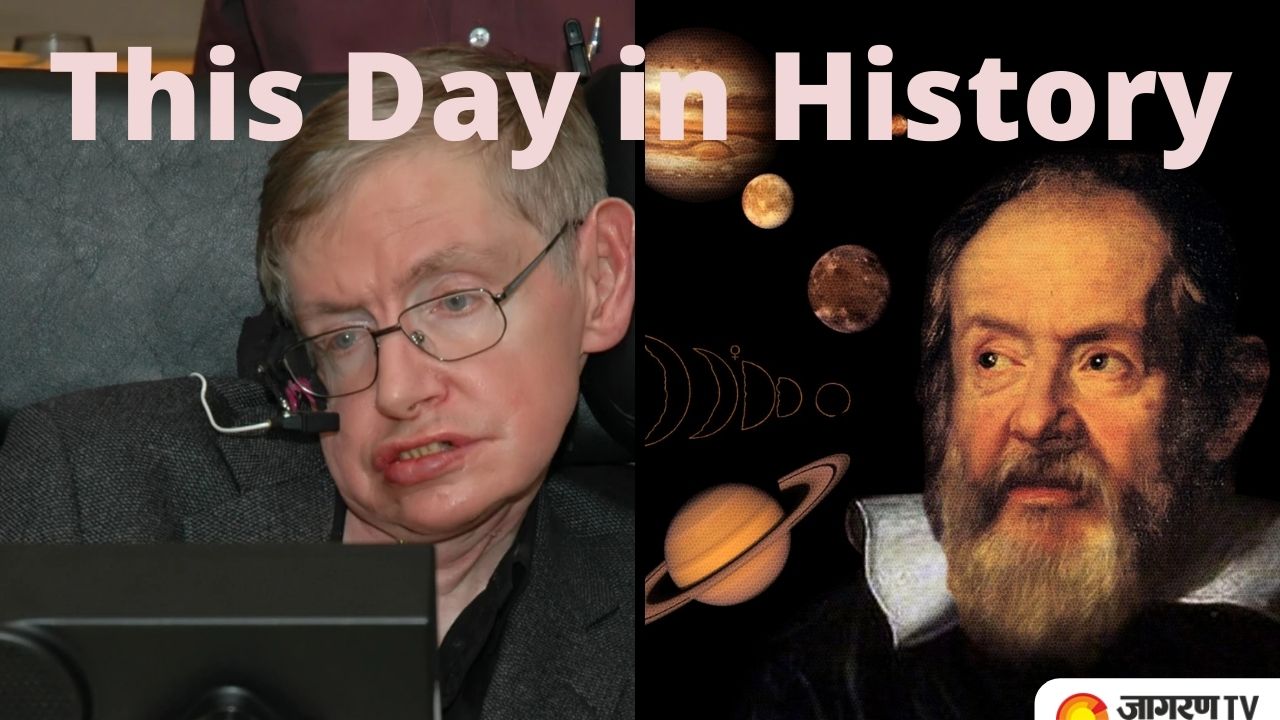 This Day in History: According to the Gregorian calendar, January 8 is the 8th day of the year and the 8th day in a leap year.


On this day let’s see some important events and anniversaries. We have compiled a list of some monumental events that happened all around the world on 8 January as well as birthdays of famous people.

Stephen Hawking whose full name is  Stephen William Hawking was born in 1942 in Oxford, Oxfordshire, England. He was an English theoretical physicist whose theory of exploding black holes drew upon both relativity theory and quantum mechanics. He also worked with space-time singularities. In the 1960s Hawking developed amyotrophic lateral sclerosis, an incurable degenerative neuromuscular disease. He died on March 14, 2018, in Cambridge.

Doctors told Stephen Hawking that he had only 2 years to live when he was just 21. He died at the age of 76. Happy birthday to one of the greatest minds to ever live. pic.twitter.com/3wISeoiE2A

Saeed Jaffrey OBE was a British-Indian actor, born in 1929. He was versatile and fluent in many languages. This skill allowed him to become a radio jockey. He played a prominent role in Satyajit Ray’s Hindi film based on British-era in India, Shatranj Ke Khiladi. In the 1980’s he was considered to be Britain's highest-profile Asian actor. His international movies are  My Beautiful Laundrette (1985), The Jewel in the Crown (1984), Tandoori Nights (1985–1987), Little Napoleons (1994) and more.

Born in Punjab, he started his career as an English announcer with All India Radio. Internationally acclaimed theatre, tv & film actor.

Launched in 1973, Luna 21's mission was to deliver a Soviet lunar rover, called Lunokhod 2 to the Moon. The plan was the rover would have to collect images of the lunar surface, determine whether ambient light levels are conducive to using the Moon as a base for astronomical observations. It was supposed to perform laser ranging experiments from Earth, observe solar X-rays, measure local magnetic fields, and study mechanical properties of the lunar soil.

On Jan 8, 1973 – Soviet space mission Luna 21 is launched. The spacecraft landed on the Moon and deployed the second Soviet lunar rover, Lunokhod 2. pic.twitter.com/Lh5CHuUkFy

Keshub Chandra Sen was a Hindu philosopher and social reformer who attempted to incorporate Christian theology within the framework of Hinduism.

In 1981 India was all out 63 in a one-day international vs Australia.

I did not seek this fight brought to this Capitol one year ago today, but I will not shrink from it either.

I will stand in this breach and defend this nation. I will not allow anyone to place a dagger at the throat of democracy. The will of the people will be heard. pic.twitter.com/spR4EkrVb7

In the image Galileo Galilei, showed his telescope to the Duke of Venice and the entire Senate of that Republic. Over 412 years of technology evolution, scientists send the James Webb telescope to space, science’s greatest effort to discover secrets and wonders of the Universe. pic.twitter.com/IsytU5Q2DN

In 1918, French, British, and Italian forces began the process of preparing a counterattack along the Piave River in Italy during the First World War. The Germans once again attempted to gain control over the Western Front of the Piave River in March of this same year. This was considered one of the German Army's last efforts to win the war.

Born in 1986 in Kolhapur Maharashtra, Sagarika Ghatge is an Indian model, national-level athlete and actress known predominantly for her role of Preeti Sabharwal in Chak De! India. On 24 April 2017, she announced her engagement to famous cricketer Zaheer Khan.