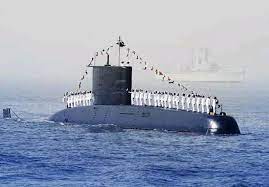 India has always focused on investing in its defense forces and upgrading them from time to time with various indigenous technologies. So, in today’s “This day in history” article further, we will know more about one such indigenous technology that was added to the Indian Navy.

INS Shalki (S46) is a Shishukumar-class diesel-electric submarine launched by the Indian Navy. INS Shalki is also the first-ever submarine that was built in India. While launched on 30th September 1989, INS Shalki was commissioned on 7th February 1992 and is still active in service.

INS-Shalki, India's first indigenously built submarine was launched in Mumbai. #INSShalki was commissioned on 7th Feb 1992 & was in active service with #IndianNavy till 2016. It was made by #MazgaonDock Shipyard ltd. @indiannavy pic.twitter.com/mPMiRNe1dW