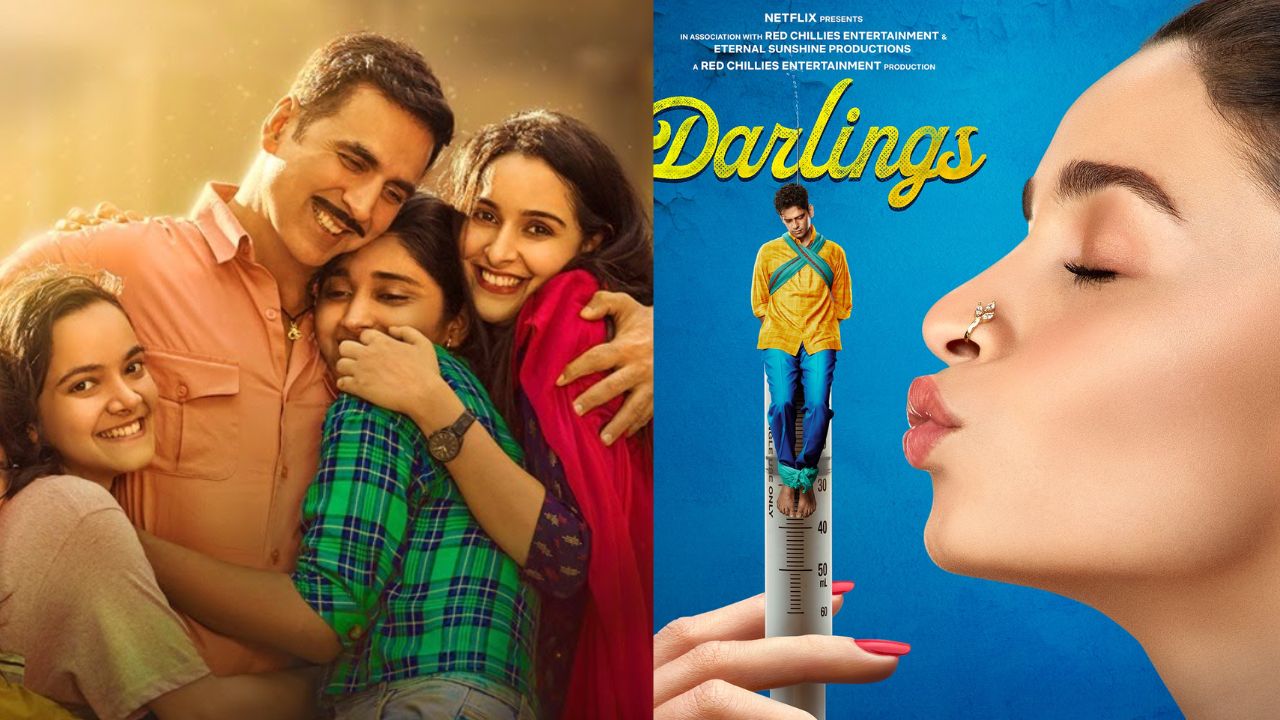 Rakshabandhan is almost approaching, and with it a slew of films that will soon be shown in theatres close to you. Here are some excellent ideas in case you're thinking about how to spend time with your beloved sister or family to celebrate this significant event. Thankfully, Akshay Kumar's much anticipated movie Raksha Bandhan will be released on Rakhi festival day, along with a few more movies that you might not be aware are scheduled to be released during the festival. So without further ado, let's get started on all the upcoming new Bollywood movies which can make your day even more happening.

For all the lazy heads who are not willing to go to the theaters and are really happy with their Netflix subscription, Alia Bhatt got you all packed with her upcoming thrilling series Darlings starring the actress herself along with Mirzapur fame Vijay Varma and Shefali Shah. The film has a sombre tone and deals with domestic abuse. Darlings is described as a dark comedy because of its unique and unconventional story, which captivates the audience with its original and amusing idea. It narrates the tale of a mother and her daughter, both of whom had to face numerous obstacles in Mumbai and are thriving to live a struggle free life.

Darlings release date: The film will be releasing on August 5 on Netflix globally.

Earlier, Akshay unveiled the Raksha Bandhan trailer, which beautifully displayed a sibling connection while also addressing some pressing concerns surrounding the Dowry system in girl's marriage. In order to provide his sisters with a good life, Akshay Kumar plays the role of the perfect loving brother who continually balances his professional and personal obligations. The relationship between Bhumi Pednekar and Akshay Kumar's character can only be finalized after the nuptials of Akshay's three sisters. Raksha Bandhan is a perfect getaway if you are looking for a film focusing more on the connection of a brother and sister.

Raksha Bandhan release date: The film will be releasing in the theaters on Aug 11, 2022

As we all know Laal Singh Chaddha is the Indian adaptation of Tom hanks blockbuster Forrest Gump. Aamir Khan and Kareen Kapoor will be taking the lead roles in the film. Laal Singh Chaddha will be clashing with Akshay’s Rakshabandhan and now it’s upto the audience to choose between the two. Laal, a child with unique needs who is portrayed by Aamir, is accompanied by his mother, who is prepared to face any storm that comes his way in his younger days. Time takes a leap and Laal can be running without braces as his constant determination brings a drastic change in his life, he then can be seen joining the army and so the story continues.

Laal Singh Chaddha Release date: The film will be releasing in the theatres on Aug 11, 2022