UP Elections 2022: Smartphones, Scooties to girls if voted to power, informs Priyanka Gandhi 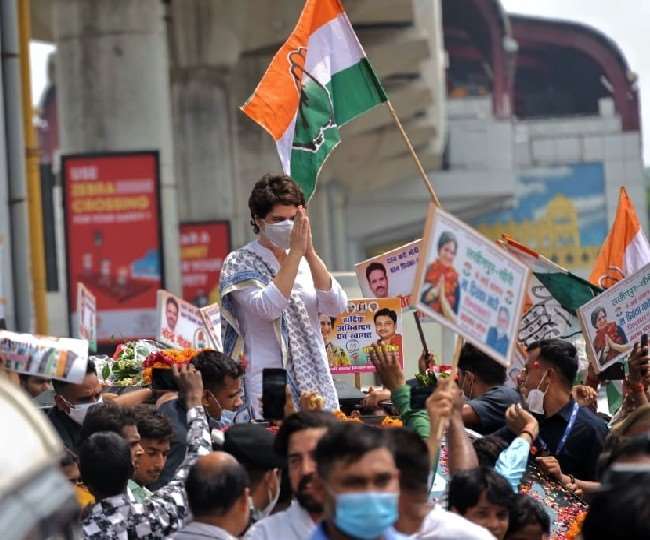 In yet another attempt to mobilise women voters of Uttar Pradesh, the general secretary of Indian National Congress Priyanka Gandhi Vadra, on Thursday, announced that if voted to power, her party will give smartphones to the girls who pass class 12 and electronic scooter to those who are graduates.

Earlier Vadra had announced that the Congress party will be giving 40% tickets to women during upcoming UP Assembly elections.

“Yesterday I met some girl students. They said they need smartphones for their studies and safety. I am happy to announce that today the UP Congress has decided, with the consent of the manifesto committee, that we will provide smartphones to inter-pass girls and electronic scooties to graduate girls on forming its government,” She tweeted.

The decision was officially hailed by Congress and it said, “It is remarkable. The party-ruled states in other places have also always worked to empower girls and women.”

One of the girls can be seen saying that Vadra asked them if they had phones. “We said we neither have phones nor are they allowed in colleges. She then asked us if she should get it announced that girls should get phones and we said what more can we ask for our safety,” said the girl in the video.

Another student said, “She asked us to study hard. I want that she continues to meet and talk to us like this.”