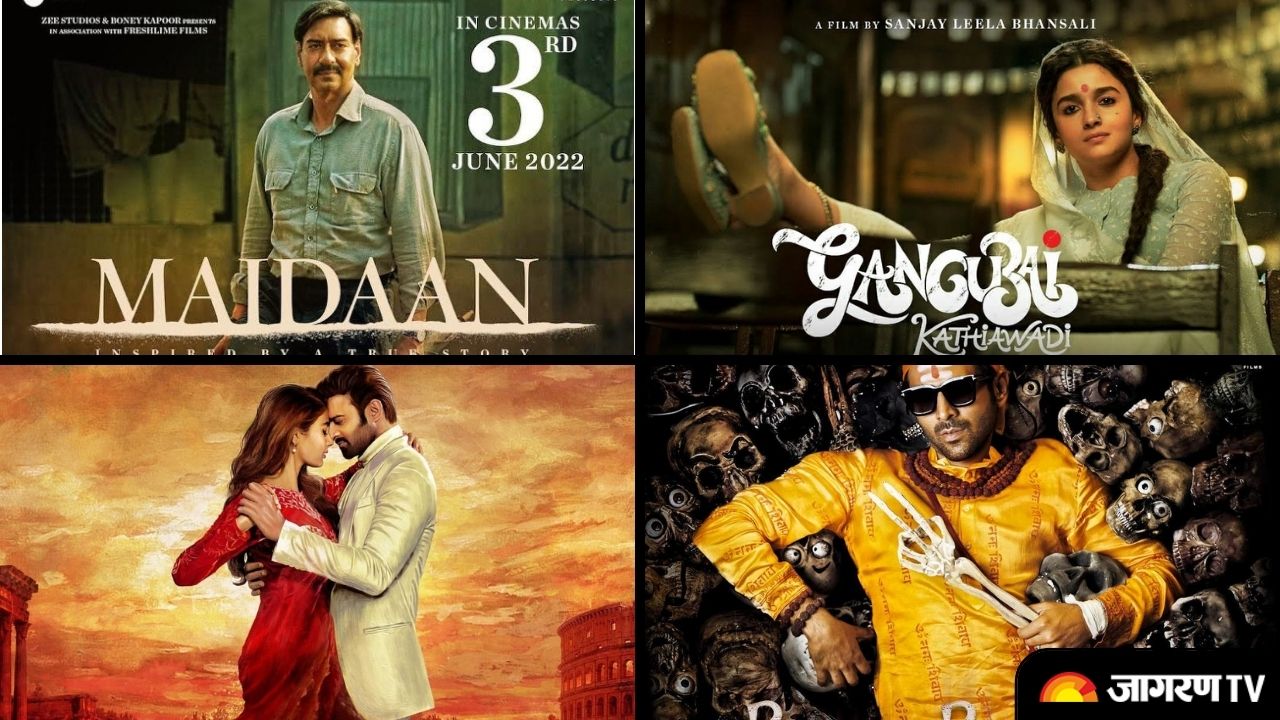 Upcoming Movies 2022 List: The year of 2020 and 2021 was not good for the cinema and theatrical releases. Due to the coronavirus pandemic, government-imposed lockdown and cinema houses were closed to avoid public gatherings and maintaining social distancing. But as the graph of Covid-19 positive is declining, the theaters are opening again and filmmakers are gearing up for the releases. Films like Gangubai Kathiawadi, Prithviraj, Bhool Bhulaiyaa 2 which were scheduled for a release in 2021, got postponed. But now Makers have lined up all the big releases and dates are also out for the same.

Here is the list of Big Theatrical Releases of 2022

The Crime-Drama Biographical film by Sanjay Leela Bhansali was initially got the release date of 30 July 2021. But due to the coronavirus pandemic, the release got postponed. Now the Alia Bhatt starrer is said to release on 6th January 2022.

The historical drama romantic film starring Prabhas and Pooja Hedge is said to release in the cinema on 14th January 2022. The film is directed by Radha Krishna Kumar and was shot in both Hindi and Telugu language.

The debut film of Miss World 2017 Manushi Chillar was a=earlier said to release on Diwali 2020. But due to Covid-19 makers halted the release. Starring Akshay Kumar as Great Hindu King Prithviraj, the film will release on 21 January 2022.

Aamir Khan and Kareena Kapoor starrer comedy-drama film Laal Singh Chaddha has scheduled its release date for February 14 in 2022. The film is directed by Advait Chandan from a screenplay written by Eric Roth and Atul Kulkarni.

Bringing Ranveer Singh as the Gujarati chokro, Jayeshbhai Jordaar is an upcoming comedy film written and directed by Divyang Thakkar. The film is produced by Aditya Chopra and Maneesh Sharma and is about a Gujarati man who believes in equal rights between males and females in society.