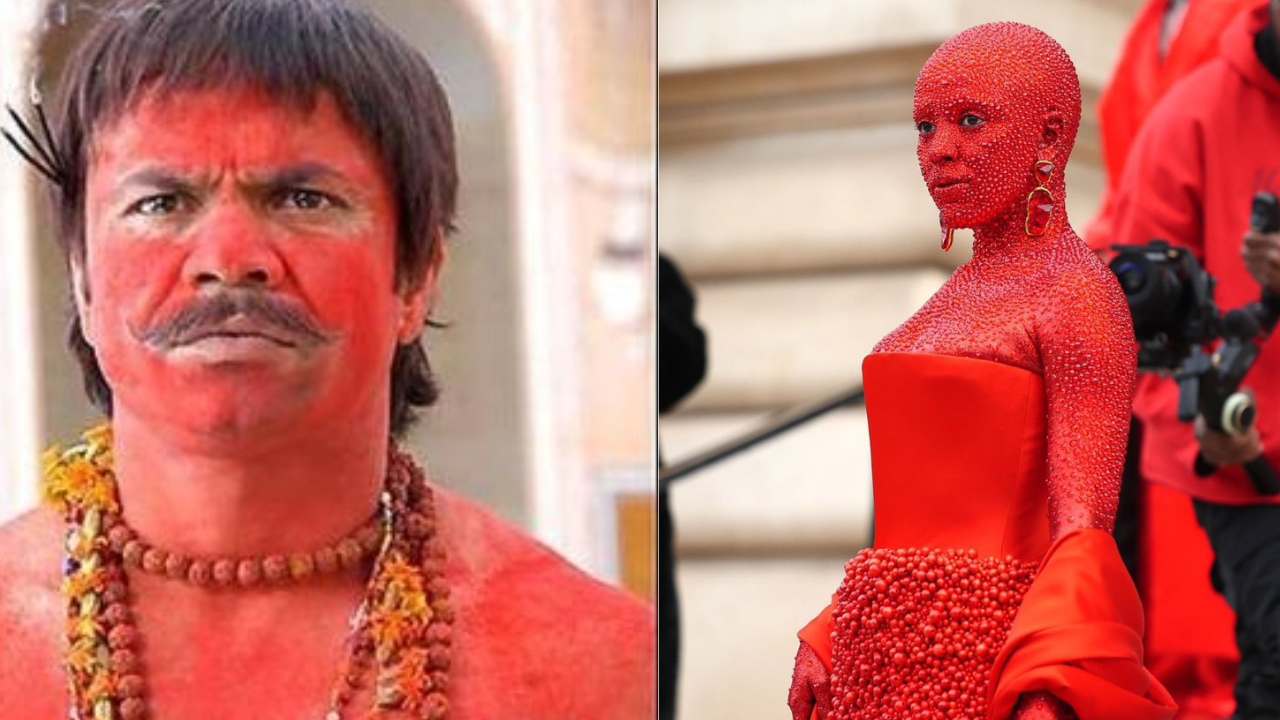 Doja Cat and Kylie Jenner have been constantly hitting the headlines ever since the duo attended the Schiaparelli's couture show. Both Doja and Kylie were spotted at the brand’s spring/summer 2023 couture show which was held in the Petit Palais in Paris on January 23rd, 2023. If the occasion is Paris fashion week, the meme frenzy on celebs clothing is inevitable. This time too celebs were quite on a roar making heads turn but it was definitely the giant red Swarovski dress which caught the attention.

The American rapper and ‘Woman’ crooner decked herself up in a crimson costume from the racks of Heritage fashion house, and painted every inch of her body in red body paint and sparkling Swarovski  crystals. Reportedly Doja chose to have her entire body covered in 30,000 red Swarovski crystals which she combined with silk tube corset styles top and skirt made of lacquered wooden beads. The shawl draped like a trail by designer Daniel Roseberry was adding extra drama in the whole fit. Doja's outrageous appearance did everything possible to enthral the online community gossip about the outfit

Ever since the pic from the event surfaced, Doja Cat’s appearance alongside Kylie Jenner’s Lion outfit has been trending on Twitter. Desi Netizens even compared Doja’s red fit to that of Bhool Bhulaiyaa’s Chota Pandit. Watch hilarious reactions.

this video is so funny. doja cat completely red and covered in glitter. the fucking elevator music. kylie jenner has a giant lion head on her lap for some fucking reason pic.twitter.com/ANEVOfGa29

if @DojaCat was from assam, this would have been her saraswati puja outfit. pic.twitter.com/M8qFgwBoy8