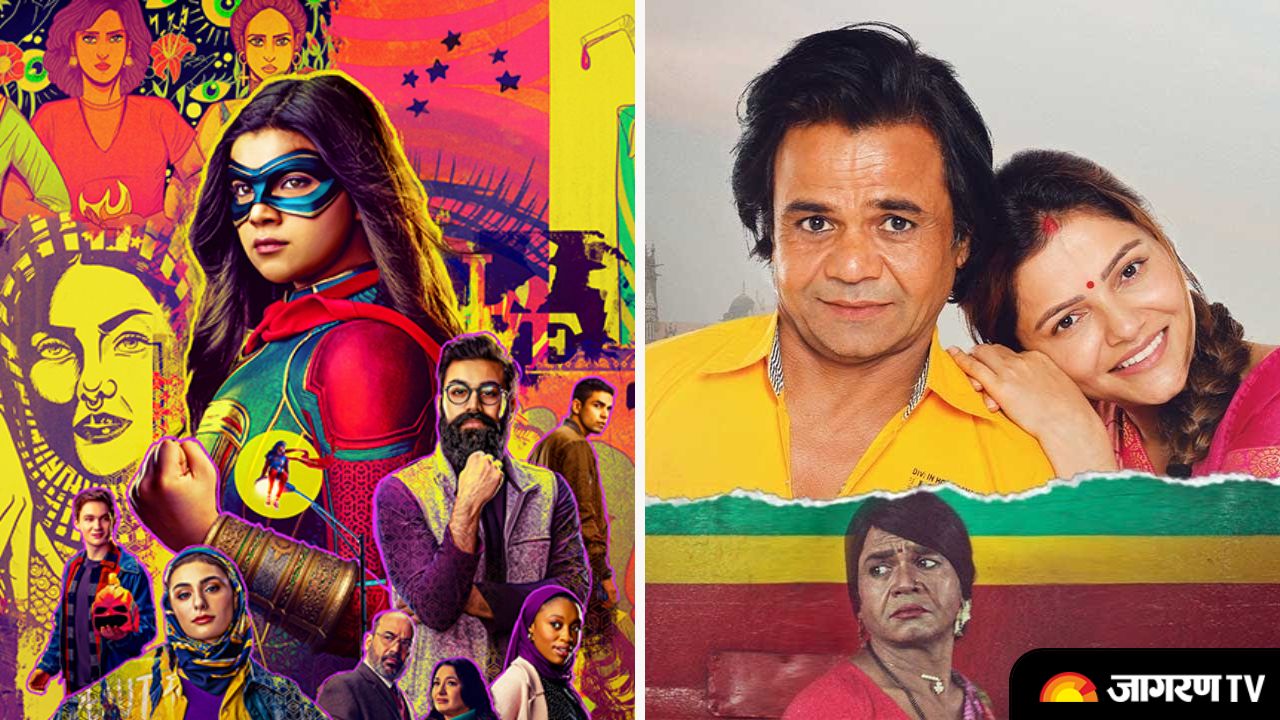 Weekend Releases 6th June to June 12th: Having trouble keeping up with the latest releases? Here's a look at what's coming out this week on OTT platforms in various languages.

Kamala, a young Muslim-American teen who admires Captain Marvel, must deal with the prospect of becoming a superhero like her idol. Farhan Akhtar and Fawad Khan will also make cameo appearances in the series.

The upcoming Hindi film stars Rajpal Yadav in the lead role of Shiva, a struggling actor who struggles to break into the industry despite his talent and has to pretend to be a transgender person to make ends meet.

In this Danish-language comedy series, an erroneous insemination turns fertility doctor Nana's life upside down as she tries to conceal her pregnancy while also reuniting with her long-lost love.

In this music competition series, up-and-coming French rappers compete for the life-changing 100,000 Euro prize. Rappers Niska, Shay, and SCH will serve as judges on the reality show.

In the explosive final season of the popular British crime drama, Thomas Shelby will attempt to take down his most formidable foe to date: politician Oswald Mosley, in order to prevent fascism from spreading to Britain, while also dealing with personal loss and illness.

For All Mankind Season 3

Season 3 of the alternate-history series jumps forward ten years from Season 2, to the 1990s, and explores America's quest to reach Mars before the USSR, as it attempts to settle people on the distant plane.

This original Indian series will tell the story of four young men in their twenties who move into their first home away from home. The series will follow their exploits as they approach adulthood.

Sivakarthikeyan stars as Chakravarthi Ganesan, a college student who pursues engineering solely to please his father. The Tamil film revolves around his various trials and tribulations as he attempts to elude his strict mentor, Bhoominathan, while also searching for his true calling in life.

Broken News, an adaptation of the 2018 British series Press, depicts the rivalry between two journalists, Amina Qureshi (Sonali Bendre) and Dipankar Sayal (Jaideep Ahlawat), whose firms are locked in a battle not only of ratings but also of ideologies.