What is G7? Know all about its History, Theme, Importance, Members, Purpose and more 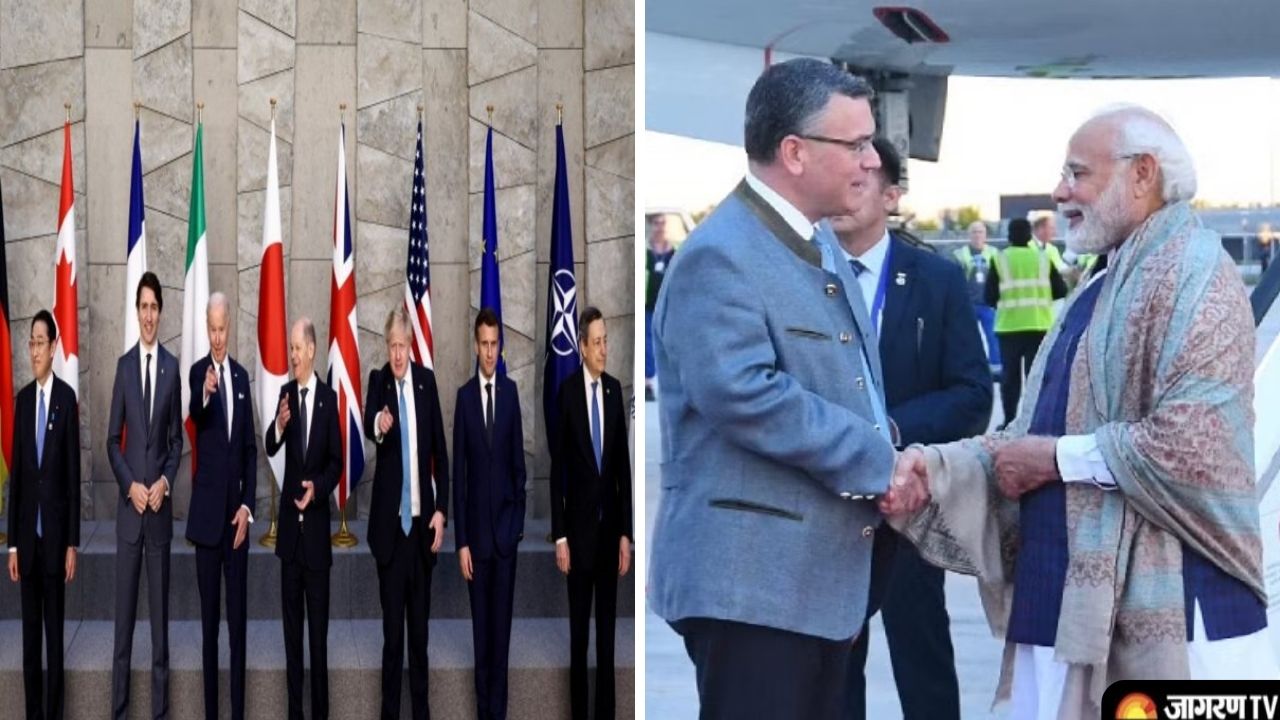 The Group of Seven (G7) Summit will be held at Schloss Elmau, a century-old retreat in a Bavarian Alps nature reserve, while Prime Minister Narendra Modi is in Germany for the event. The Ministry of External Affairs said earlier this week that the Prime Minister would speak at two sessions on the environment, energy, climate, food security, health, gender equality, and democracy. He will also have private talks with the presidents of some of the participating nations.

Watch 'The News' for all the latest updates: https://t.co/nTowg52Yh2 pic.twitter.com/dGAHWPhhM2

What is G7 Summit?

Leading industrialised nations such as Canada, France, Germany, Italy, Japan, the United Kingdom, and the United States participate in the informal G7 forum. At the G7 heads of state and government gathering every year, the European Union is always represented. In 2022, Germany will hold the G7 presidency.
India has been invited to the 2022 Summit as a partner nation along with Argentina, Indonesia, Senegal, and South Africa by German Chancellor Olaf Scholz. On June 27, the G7 presidency announced that Ukrainian President Volodymyr Zelenskyy would participate online.
The United Nations, the World Health Organization (WHO), the World Trade Organization (WTO), the International Monetary Fund (IMF), and the World Bank are among the international organisations taking part in the Summit.

As of January 1, 2022, Germany has been the G7's presidency. The German G7 Presidency has set itself the objective of "progress towards an equal world" for its programme. The G7 heads of state and government summit, which will take place in Schloss Elmau from June 26 to 28, will serve as its climax.

According to a brief history of the organisation on the G7 Germany website, former French President Valéry Giscard d'Estaing and then-Federal Chancellor Helmut Schmidt launched the inaugural "World Economic Summit," which subsequently became the G7, in 1975. At Rambouillet Castle in France, the chiefs of state and government of Germany, France, the United States, the United Kingdom, Italy, and Japan met around a campfire to discuss international affairs.
The attendees discussed the economic issues of the 1970s, including the first oil crisis and the demise of the Bretton Woods system of fixed currency rates, and they came to a consensus on a worldwide economic strategy and initial countermeasures to the global recession.
Canada joined the group in 1976, and Puerto Rico hosted the inaugural G7 summit. Since the 1981 Ottawa Summit, the European Community (now the European Union) has participated in all working sessions. The first discussions between the G7 and the then-European Community took place in London in 1977.
The G7's focus widened to encompass matters of foreign and security policy in the 1980s. Mikhail Gorbachev, then the general secretary of the Soviet Union, was invited to a meeting outside the 1991 London Summit. The Group of Eight was established in 1998 with the addition of Russia. After violating the territorial integrity and sovereignty of Ukraine in 2014, Russia was expelled from the organisation.
For the seventh time this year, Germany is the G7 presidency. In 2023, Japan will preside.

According to the Summit website, the G7 nations will account for 10% of the world's population, 31% of its GDP, and 21% of its carbon dioxide emissions by the year 2022. China and India, the two most populous nations in the world with some of the highest GDP estimates, are excluded from the grouping.
In 2021, yearly public sector spending will be more than revenue in all G7 nations. The majority of G7 nations have high levels of gross debt as well, particularly the US, Japan, and Italy (which combined for 263% of GDP) (133 percent ).
The G7 nations are significant participants in world trade. Major exporting countries are the US and Germany in particular. In 2021, both companies exported goods totaling well over a trillion US dollars.
Kaun Banega crorepati 2022 start date, time, where & how to watch, new rules, prize money & more
यह भी पढ़ें