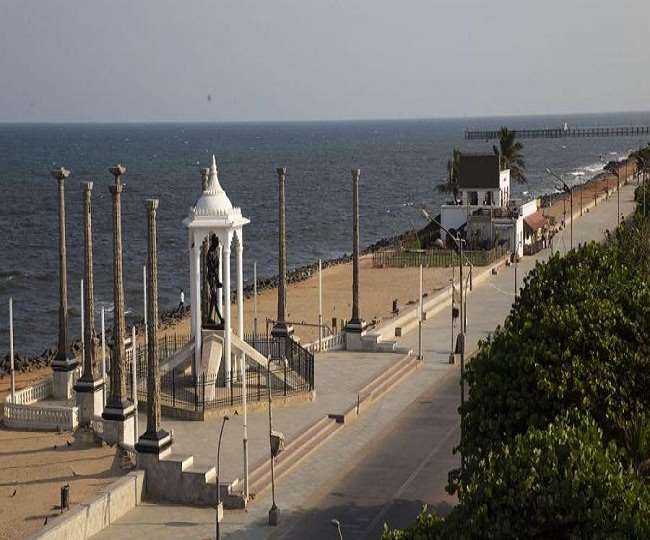 9:30 AM: Richards Johnkumar maintains is lead in early vote counting. He is from BJP party.

8:50 AM: The counting of votes for the Nellithope constituency has commenced at 8 AM, hence, stay tuned for the latest updates.

Nellithope Assembly Election 2021: Nellithope is a hot seat in Puducherry assembly elections and has been a hot seat even in the 2016 elections because the current sitting MLA from this seat was the current CM of Puducherry Mr. Velu Narayanasamy. However, his govt lost vote of confidence motion when some of this MLA quit the party and joined BJP in Feb, just few days before the election dates were announced. In the 2021 elections the BJP candidate from the Nellithope seat is A. Johnkumar who was one of the MLA’s that had quit the Congress party and joined BJP in feb. This time this seat has gone to DMK party in the NDA alliance. Will the move of A. Johnkumar be accepted by the people of Nellithope will be known on 2nd May when the winner of nellithope assembly elections 2021 will be declared.

As per the election commission, there are a total of  28.8K registered voters and 13K are male while 14K are female. The voting percentage for the 2016 elections will be known on 6th Apr, 2021 when the people of Nellithope cast their vote to pick the new MLA.

Between 1985 to 2001, Nellithope had the same MLA, Mr. R.V Janakiraman from the DMK party. R.V Janakiraman was the Chief Minister of Punducherry from 1996 to 2000. However, he lost the 2006 election to Om Shakti Sekar from the AIADMK party. He contested again in 2011 and still lost from this seat. This year again DMK is trying to win back this seat from the BJP party. The DMK candidate is V. Karthikeyan and he is opposing the BJP candidate V.R. Johnkumar.