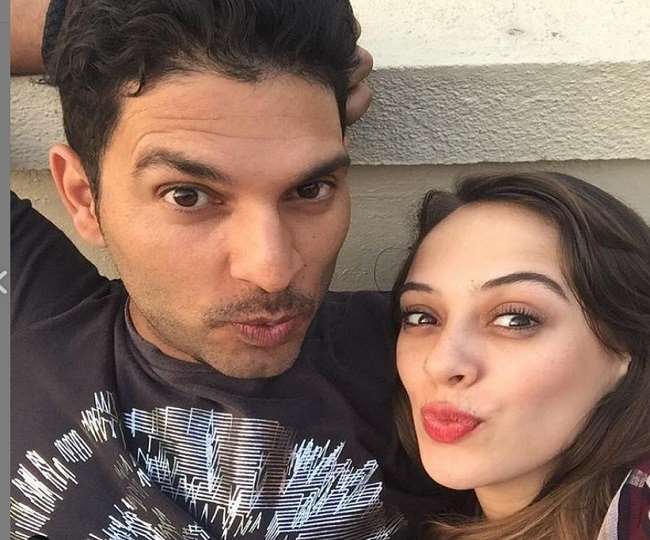 Amidst the news of pregnancy, Hazel Keech, the Bollywood actress and wife of former cricketer Yuvraj Singh, has made a shocking announcement on social media. Hazel has shared a post on her social media, with which she has informed that she will be away from social media for a while. Not only this, Hazel has clearly stated that she will not return so soon.

Let us tell you that Hazel recently celebrated her 34th birthday. She celebrated her birthday with her husband Yuvraj and friends. The party's videos and photos were also quite viral on social media, after which it began to speculate that hazel Keech is pregnant.

Actually, in the photo, Hazel Keech speculated to have gained a lot of weight. due to which people are guessing that they are pregnant. In one video, it is seen that when the hazel bends to cut the cake, his stomach looks slightly bumped up. However, so far no announcement has come from either Yuvraj or Hazel.