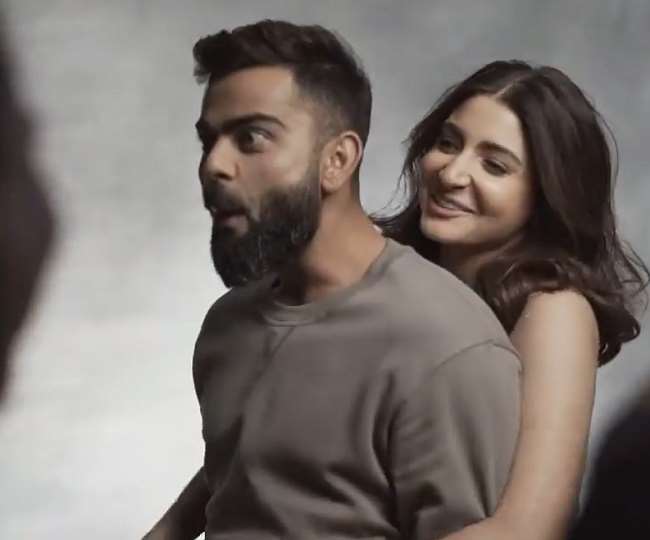 Power couple and new parents Anushka Sharma and Virat Kohli give major couple goals. They often post pictures and videos with each other on social media leaving everyone in awe. Recently Anushka shared another fun moment with hubby Virat and the video is going viral on the internet. In the video, Anushka is seen lifting Virat Kohli and everyone is surprised to see the strength of Vamika’s mommy.

In a recent goofy video uploaded by Anushka on her official Instagram account, actress Anushka Sharma lifts her hubby and Indian cricket team captain Virat Kohli. The video was filmed during a shoot and Anushka was seen in a fun mood while embracing Virat Kohli during the shot break.

In the video, Anushka is seen lifting Virat Kohli on which he reacts by saying “Oh teri” while being all surprised by her strength. Later, Virat again insists on her to lift him and Anushka again lifts him and makes a superman pose.

Sharing the video on Instagram, Anushka asked Virat, “Did I do it ?” in the caption. Virat also replied back in the comment with a heart and laughing emoji.  While more than 30 Lakh people have already watched the video, people are also loving Virat’s reaction comment. Around 8000 people have liked his comment.

Anushka Sharma and Virat Kohli welcomed their baby girl on January 11, 2021. The couple named their sweet angel Vamika and also shared a picture with her. Both of them have also resumed their work after their break. While Virat is seen on the pitch during the India v\s England series, Anushka is also back on the shoot and shared a picture from her workday.