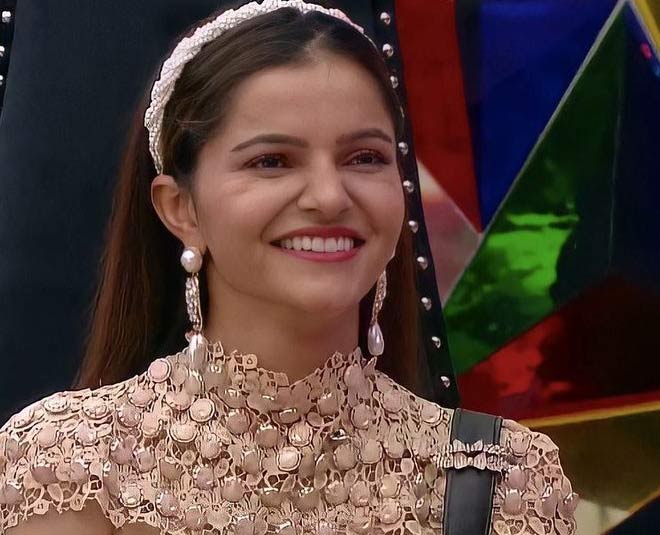 Bigg Boss Contestant Rubina Dilaik: Even before the finale of 'Bigg Boss 14', the fans of all the contestants are working hard to make their favourite contestants win. Fans are pouring their love and support for the favourite contestant on social media and especially Twitter. As per the reports, Rubina Dilaik has become the only contestant in the Bigg Boss history to cross more than 12 million tweets. She has broken the record of Siddharth Shukla and the tweeter trend #deseringwinnerrubina is going viral like a forest fire on Twitter.

Congratulations on this success RubiHolics I owe this to you
Your dedication And hard work is commendable
Now let's aim high in less time
Next target 13m by 10:pm
If we all join hands together Nothing is impossible@RubiDilaik pic.twitter.com/vbZN4AO9HA

According to the fan pages of Bigg Boss 14 like The Khabari and for BB Live, fans have tweeted Rubina Dilaik and her hashtag DESERVING WINNER RUBINA 12 million times. Breaking the record of Siddharth Shukla, Rubina has managed to create a record of getting so many tweets in just 32 hours. After creating history with this, fans are determined to break another record set by Aseem Riyaz of most supporting tweets within 32 hours.

And not only Twitter, but Rubina has also been named as Bigg Boss 14 winner in Google Search results. If someone searches for ‘Who is Bigg Boss 14 Winner’, the name of Rubina Dilaik is shown.

On Tuesday, Bigg Boss 14's Strong Contestant Abhinav Shukla (Abhinav Shukla) was evicted from Bigg Boss 14 by the votes of ‘connections’ during Mid Week Eviction. Fans had been claiming for several days that they deserved to be in the top 3, and many are upset and disappointed with this elimination. Even stars are commenting in support of Abhinav. Fans of Abhinav Shukla are constantly urging on Twitter that the makers should call him back as soon as possible. Abhinav Shukla's fans have tried to pressure the makers by trending the #ABHINAV DESERVES FINALE hashtag.

Are u serious?????? They are deciding the faith of a contestant who has been in the house since day one maintaining his dignity n playing so well.... so bloody unfair #BB14 @ColorsTV @ashukla09 u are already a winner for me!

It would have been honest for #BigBoss14 creative team to straight away have told voters to vote out #AbhinavShukla !

Why was this drama done by @ColorsTV to evict @ashukla09

Anyways I hope #RubinaDialik wins , irrespective of all the challenges !

Highly unfair I loved #AbhinavShukla as a player and amazing human 💞. Really wanted to see you & ruby in top 2. But for me you are a winner. & trust me universe is backing you both. #rubinav ✊🏻❤️@RubiDilaik @ashukla09 #BB14 🥇