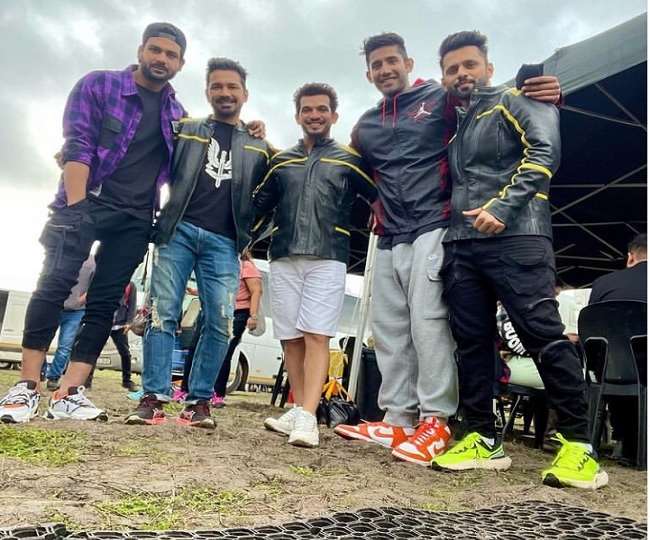 Khatron Ke Khiladi 11: The celebrity action reality shows Khatron Ke Khiladi is currently shooting its eleventh season in Cape Town, South Africa. Even before its release on Television, the show is getting headlines for news related to its contestants. Be it elimination speculations or funny sneak peeks posts by the celebrity contestants. Recently, a new video is going viral on social media in which Scientific Shukla of Bigg Boss 14 aka Abhinav Shukla has rolled up the lips of the fellow contestants by giving them a tongue twister.


In a new video of Khatron Ke Khiladi 11 which is going viral on social media, the show's contestants, Anushka Sen, Abhinav Shukla, Varun Sood and Vishal Aditya Singh are seen in a fun mood during bus travel. Meanwhile, Abhinav Shukla gives a tongue twister challenge to others and asked them to say, “Peter Piper’s Practical Principles of Plain and Perfect Pronunciation.” Well, this twister really twisted up their tongue and brain leaving all the viewers laughing out loud.


While Varun Sood is seen trying hard with his gibberish words, Vishal is seen twisting the words in his own gibberish song.