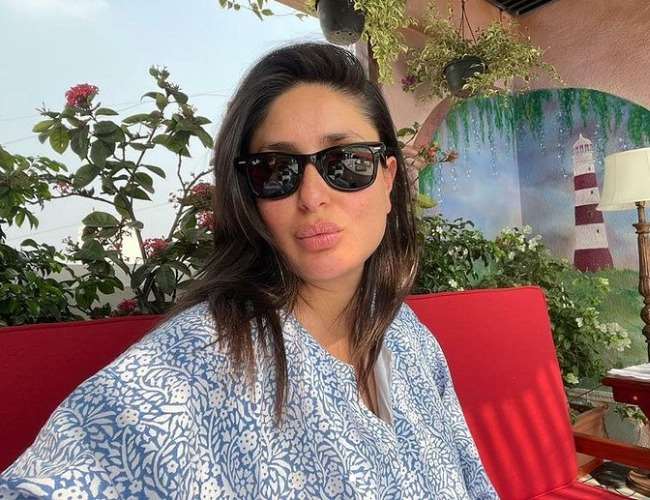 Bollywood actress Kareena Kapoor Khan gave birth to her second child on 21 February. While Bebo was giving active pregnancy goals to everyone she was also very much active on her social media. While Bebo who has now entered the 40’s age continued working even during her pregnancy, she took care of her physical and mental health by practising yoga and exercise.

Acknowledging all her fans and followers Bebo shared a selfie on Instagram and wrote, “Oh hello there..Missed you all.”

While all her followers welcomed her back and congratulated her for the newborn, many B’town celebs also commented on the pictures. Bollywood actor Arjun Kapoor, who worked with Kareena in Ki and Ka, commented on the photo of Kareena and wrote  ‘Roast Chicken Look’.

At the same time, some fans also expressed their desire to see Kareena and Saif’s little munchkin.

Let us tell you, this time Saif and Kareena have decided to keep their child away from the glare of the media. After the controversy over the name of elder son Taimur Ali Khan, Saif-Kareena is very cautious this time and is not in a hurry to reveal the name of their second child.

Saif and Kareena also shifted to their new house before delivery. After Kareena returned home, her sister Karishma Kapoor, friends like  Amrita Arora, Arjun Kapoor and Malaika Arora had visited her home to meet them. Saif and Kareena announced their second pregnancy in August last year. Both got married in October 2012. Kareena is about to return to the big screen with Lal Singh Chadha along with Aamir Khan.