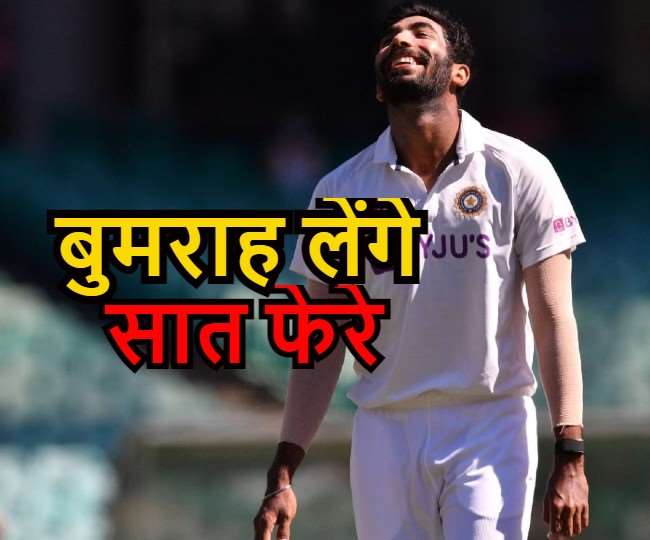 Jasprit Bumrah Wedding: Fast Bowler to tie the knot soon in Goa, will return to field in IPL

Jasprit Bumrah Wedding: Recently, Indian fast bowler Jasprit Bumrah withdrew his name from the fourth and last Test against England. Bumrah decided to withdraw citing personal reasons. After the Test series, India and England have to play a series of five T20 matches from March 12, in which Bumrah has been rested. Both teams will also clash in the three-match ODI series from 23 March and Bumrah has withdrawn his name from this too.

Bumrah Getting Married In Goa

Bumrah and the BCCI have given only personal reasons behind it, but the real reason for this is that this Indian fast bowler is going to tie the knot soon. Tweet from ANI revealed that Bumrah has taken leave from the matches to prepare for marriage.

ANI wrote, “Ind vs Eng: Bumrah has taken leave to prepare for marriage.”

Ind vs Eng: Bumrah has taken leave to prepare for marriage

A source associated with Bumrah revealed that the player will be going to get married within a week. As per the source, he is getting married to a sports anchor in Goa. Although the date is kept a secret.

The series is going on and the team is in bio-bubble, so it is difficult for Team India players to be involved in their wedding. Bumrah is originally from Ahmedabad, but now his family lives in Mumbai. The source said that more people will not be invited to the wedding due to Corona and the wedding is in Goa in presence of close relatives and friends.

The Indian team won against England in the day-night test in Ahmedabad. In that match too, Bumrah did not get a chance to bowl much due to the spin pitch. He was rested in the second Test in Chennai as well and Muhammad Siraj captained the pace bowling alongside Ishant Sharma. After the third Test, the BCCI issued a statement saying that Bumrah would not play in the fourth Test. He has been rested in the T20 series against England, which is coincidental to be played in his hometown Ahmedabad. It is now difficult for him to return to the ODI series, which is proposed in Pune.

Bumrah to return back after Marriage

Dainik Jagran was told by a BCCI official that Bumrah wanted more time for marriage, so it has been done. After marriage, Bumrah will return to the cricket field directly in IPL 2021, which is to begin in April after the England series ends. Bumrah took four wickets in the first match of the Test series against England, in which India suffered a defeat. Before the recent Test series against England, Bumrah took 11 wickets in three matches against Australia and could not play due to a strain in his stomach muscle in the last Test played in Brisbane.