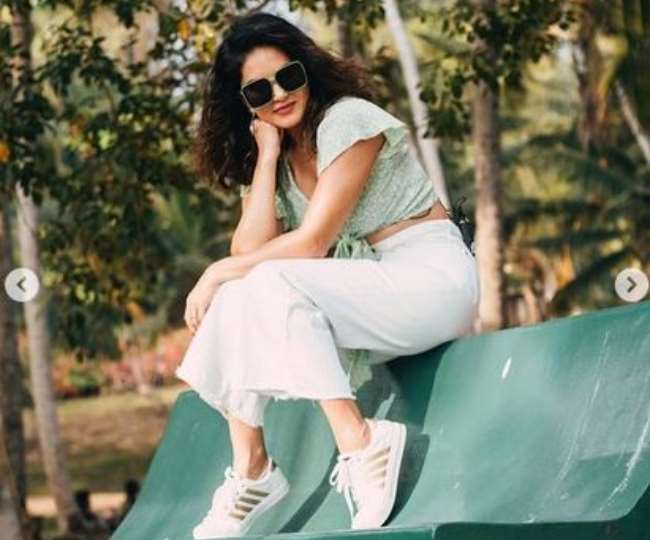 Bollywood actress Sunny Leone has grabbed all the headlines for her recent lavish purchase. While the actress already had a posh LA bungalow in Sherman Oaks, a 30-minute drive from Beverly Hills, the actress has now purchased an apartment in the Andheri suburbs of Mumbai, Maharashtra. As per the reports, Sunny has brought an apartment worth 16 crores INR, on the 12th floor of under construction project Atlantis.

According to a report by Money Control, Sunny Leone has recently purchased her new flat of 5BHK with 3,967 sq ft of area for 16 crore INR on March 28, 2021. She registered for the apartment on the 12th floor of an under-construction project Atlantis by realtor Crystal Pride Developers.

According to Economic Times, the transaction took place with a 48 lakh stamp duty on March 28, registered under her name Karenjit Kaur Vohra. Developers will also provide Sunny access to three mechanised car Parking.

Talking about Sunny Leone's work front, currently, she is busy shooting for season 13 of the reality TV show Splitsvilla. Along with this, she is shooting for Vikram Bhatt's under-construction web series 'Anamika'. In this web series, she will be seen opposite actress Sonali Sehgal.

Let us tell you that Sonali started her Bollywood career with 'Pyaar Ka Punchnama'. She was also a part of its sequel. Sonali's last release was Jai Mummy Di, opposite Sunny Singh.